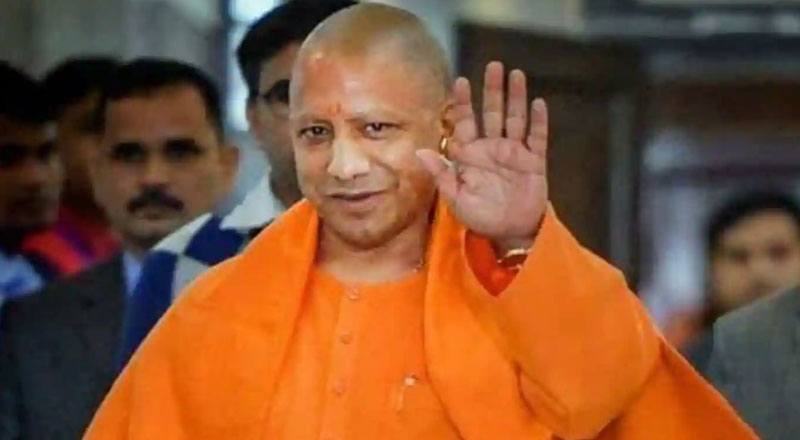 Uttar Pradesh Chief Minister and senior Bharatiya Janata Party leader Yogi Adityanath is leading from Gorakhpur
Urban Assembly constituency, according to the early trends of the Election Commission of India.

Adityanath is leading against the Samajwadi Party candidate Subhawati Upendra Dutt Shukla with a margin of over 8,000 votes.

Meanwhile, the BJP has crossed the halfway mark with leads on 241 seats in the Uttar Pradesh Assembly elections, as per official data.

The counting of votes began at 8 am today and will continue till the final results. Adityanath represented the Gorakhpur Lok Sabha seat until 2017 when he was chosen as the UP Chief Minister after the Bharatiya Janata Party’s landslide victory in the state polls.

The Gorakhpur Sadar seat had also been a bastion of the BJP, which the party had never lost since 1967 since the days of the Jan Sangh.

The Samajwadi Party had fielded Subhavati Shukla, the widow of the late BJP leader Upendra Dutt Shukla against Adityanath. The Congress fielded Chetna Pandey and the Bahujan Samaj Party (BSP) pitched a first-timer Khwaja Shamsuddin in the fray.

Azad Samaj Party’s Chandra Shekhar Azad ‘Ravan’, a young Dalit leader with a base in western Uttar Pradesh is also in the fray for the seat.

Gorakhpur is a city on the banks of River Rapti with a population of more than 6,73,446, the city is home to the popular Gorakhnath Math, a Gorakshanath temple