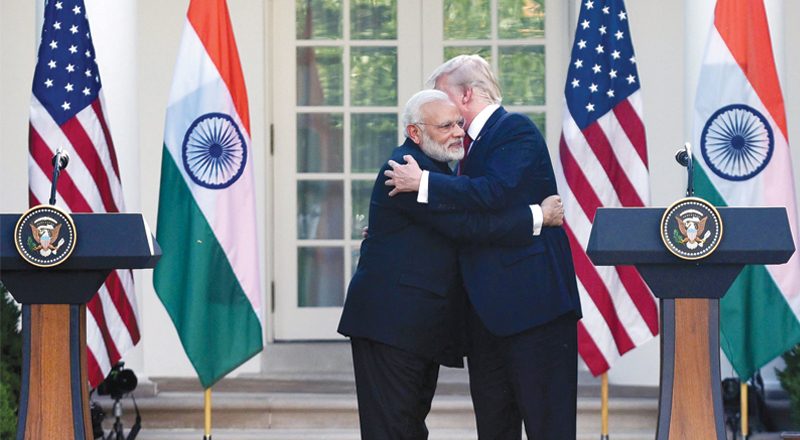 US-India partnership gets a fillip with the recent visit of PM Narendra Modi to the country. The maiden meeting of Prime Minister Narendra Modi with US President Donald Trump was a success, according to experts –

The objective behind Modi’s fourth visit to the United States along with the group of delegates was to establish a personal equation with US President Donald Trump. Five months in his office and Trump has made it clear that no international relationship can be taken for granted, and it will be difficult to predict which American foreign policy principles will be adhered to in the new administration. But the result of the bilateral discussions however seems to be positive with the PM saying there was a perfect meeting of minds between the two.

The two leaders spent a little over four hours, which also happened to be Trump’s first working dinner with a Head of State and discussed a wide range of issues including trade and terrorism and strengthening energy strategies.

Some of the highlights from the bilateral discussions –

Stressing that terrorism was a “global scourge that must be fought and terrorist safe havens rooted out in every part of the world,” Trump and Modi said that they were “committed to strengthening cooperation against terrorist threats from groups including al-Qaeda, ISIS, Jaish-e-Mohammad, Lashkar-e-Tayyiba, D-Company, and their affiliates. India appreciated the United States designation of the Hizb-ul-Mujahideen leader as a Specially Designated Global Terrorist as evidence of the commitment of the United States to end terror in all its forms.

Sources said that the US has cleared the sale of 22 unmanned Guardian drones to India, with the deal being termed as a “game changer”. Estimated to be worth $2-3 billion, the deal has been approved by the State Department.

The two leaders also touched on the topic of maritime security. Modi and Trump announced their intention to ‘build on the implementation of the “White Shipping” data sharing arrangement. The agreement allows countries to share data on maritime traffic and domain awareness. The two countries have earlier signed the White Shipping Agreement (WSA) as it establishes an information network protocol that allows the navies of both countries to exchange information about ships in their oceanic territories.

Noting the importance of the upcoming MALABAR naval exercise, the leaders determined to expand their engagements on shared maritime objectives and to explore new exercises.

Flow of LNG to India from US

According to Foreign Secretary S. Jaishankar, liquefied natural gas (LNG) from the US will start flowing to India from next year. In the next coming years, the Indo-US LNG trade is expected to be in excess of $40 billion.

The two leaders touched on the topic of North Korea and condemned the country’s “continued provocations”. They emphasised that North Korea’s “destabilising pursuit of nuclear and ballistic missile programs poses a grave threat to regional security and global peace.” “The leaders pledged to work together to counter the weapons of mass destruction programs, including holding accountable all parties that support these programs”, read the statement.

Ivanka to lead US delegation to GES

The President’s daughter, Ivanka Trump, will lead the US delegation to Global Entrepreneurship Summit (GES) later this year. GES is a key foreign policy initiative of former President Barack Obama to bring together global entrepreneurs and innovators, and India will be hosting its next edition.

The CEOs round table was attended by Apple chief Tim Cook, Walmart head Doug McMillon, Caterpillar’s Jim Umpleby, Google head Sundar Pichai and Microsoft’s Satya Nadella. India’s growth is a win-win situation for India and US, and companies have a great opportunity to contribute to that, Modi told the CEOs. The response from the CEOs was positive, with many signalling continued investment in India.

Prime Minister Narendra Modi and US President Donald Trump also addressed reporters at a joint press briefing in the Rose Garden of the White House. 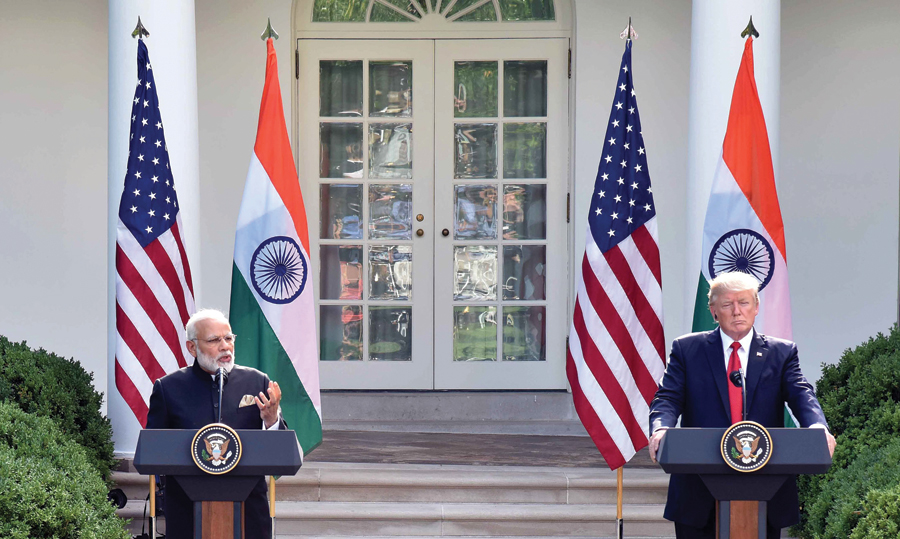 “My visit and our talks today will mark a very important page in the history of the collaboration and cooperation between our two nations. The talks between his Excellency, President Trump, and myself today have been extremely important from all points of view, for several reasons: Because they were based on mutual trust; because of the convergence and similarities they revealed in our values, and our priorities, and in our concerns and interests; because they focused on the highest levels of achievement in our cooperation, and mutual support, and partnership; because our two countries are global engines of growth; because the all-around or comprehensive economic growth and joint progress of both countries and both societies is the main objective for both the President and myself, and will remain so; because the top priority for both President Trump and myself is to protect our society from global challenges like terrorism; and because our aim is the strengthening of India and the USA — two great democracies in the world — friends. Our robust strategic partnership is such that it touches upon almost all areas of human endeavor. In our conversation today, President Trump and I have discussed all dimensions of India-US relations at length.

In this relationship, in both countries, increased productivity, growth, job creation, and breakthrough technologies — an engagement towards all these are, and will remain, strong drivers of our cooperation, and will give further momentum to our relationship. We consider the USA as our primary partner for India’s social and economic transformation in all our flagship programs and schemes. I am sure that the convergence between my vision for a “new India and President Trump’s vision for “making America great again” will add new dimensions to our cooperation.”

“It’s a great honour to welcome the leader of the world’s largest democracy to the White House. This summer, India will celebrate the 70th anniversary of its independence, and on behalf of the United States, I want to congratulate the Indian people on this magnificent milestone in the life of your very, very incredible nation. During my campaign, I pledged that if elected, India would have a true friend in the White House. And that is now exactly what you have — a true friend. The friendship between the United States and India is built on shared values, including our shared commitment to democracy. Not many people know it, but both American and the Indian constitutions begin with the same three very beautiful words: We the people.

The Prime Minister and I both understand the crucial importance of these words, which helps to form the foundation of cooperation between our two countries. Relations between countries are strongest when they are devoted to the interests of the people we serve. And after our meetings today, I will say that the relationship between India and the United States has never been stronger, has never been better. I am proud to announce to the media, to the American people, and to the Indian people, that Prime Minister Modi and I are world leaders in social media – we are believers – giving the citizens of our countries the opportunity to hear directly from their elected officials, and for us to hear directly from them. I guess it’s worked very well in both cases.

I look forward to working with you, Mr. Prime Minister, to create jobs in our countries, to grow our economies, and to create a trading relationship that is fair and reciprocal. It is important that barriers be removed to the export of US goods into your markets, and that we reduce our trade deficit with your country.”