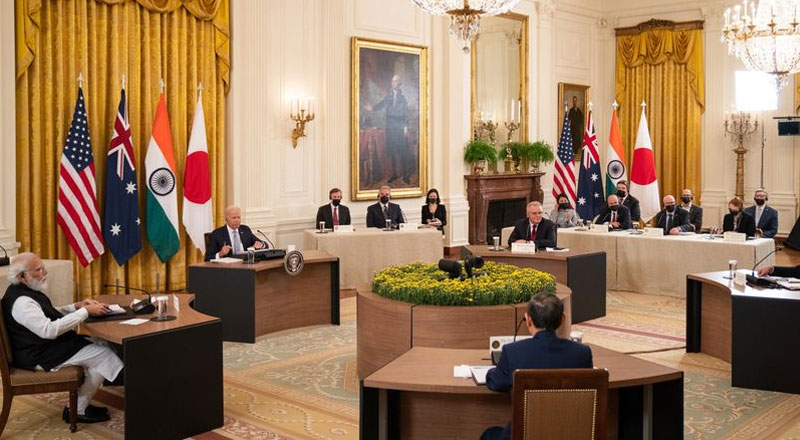 US Secretary of State Antony Blinken said that he shared the US Senator perspective that India-US was alliance of good and would have an impact on Chinese Communist Party’s future moves.

With White House announcing the QUAD summit during US President Joseph Biden’s bilateral visit to Japan and South Korea on May 24, Washington has signaled that it has not forgotten Indo-Pacific amidst the never-ending turmoil in Ukraine.

While the White House statement makes it clear that President Biden will build on more than an year of intensive diplomacy with the Indo-Pacific with a US-ASEAN summit on May 12-13 in Washington, the message from US is clear that it has not forgotten China and that Ukraine is not the only agenda of America.

Although the QUAD summit agenda is still work in progress, a very instructive exchange between US Senator Bill Hagerty and Secretary of State Antony Blinken in the Senate Appropriations Committee today shows that India and US are on the same page despite public pressure and media perception on Ukraine war.

Answering to a positive question by Senator Hagerty on the need for India and US to take concrete steps together to deepen bilateral strategic alliance, Secretary Blinken said that he shared the US Senator perspective that India-US was alliance of good and would have an impact on Chinese Communist Party’s future moves.

“I think this (India-US) partnership has the potential to be one of the most important and foundational relationships that we have going forward over the next decades. This has been a success story over multiple administrations……. President Biden has spent a lot of time directly engaged with Prime Minister Narendra Modi and India’s leadership. We have energized QUAD that brings together India, US, Australia and Japan together…..Russia for India was, out of necessity, a partner of necessity, a partner of choice when we were not in a position to be a partner. Now we are. And we are investing in that effort,” stated a clear headed Blinken.