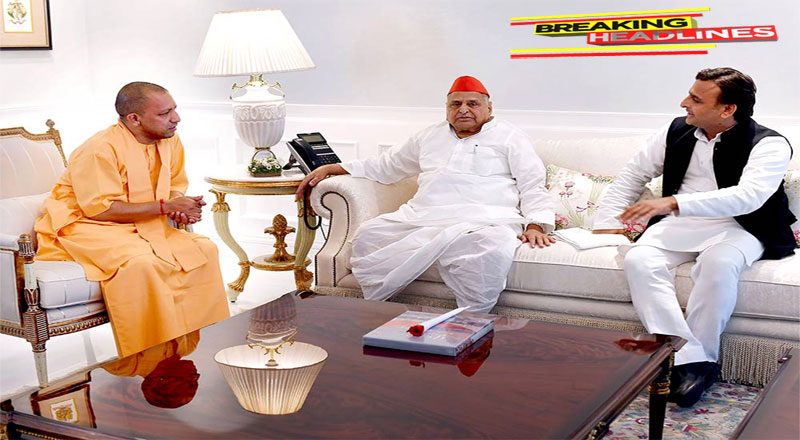 Uttar Pradesh Chief Minister Yogi Adityanath on Tuesday triggered loud protests by Samajwadi Party members in the state legislative council when he referred to their patriarch Mulayam Singh Yadav as “abba jaan.” The usually respectful Urdu term for “father” created a row as SP members took it as a jibe by the BJP suggesting that the opposition party remained focused on Muslims.

Adityanath used it while speaking about SP president Akhilesh Yadav’s initial reluctance to take theCovid vaccine, alleging that he changed his mind only after his father Mulayam Singh Yadav took the shot.

It was a crime against those who lost their lives for the lack of vaccination. They are to be blamed for the crime. These criminals, who were against the vaccine, should be put in the dock. When ‘abba jaan’ took the vaccine, they said they will also take it,” the CM continued.

The SP members objected to the remark, started slogan-shouting and came to the well of the House. Chairman Kunwar Manvendra Singh asked them to return to their seats and Adityanath continued with his speech.

I have not taken anyone’s name. I want to know when the word ‘abba jaan’ became unparliamentary. The SP wants the votes of Muslims but is hesitant about the word “abba jaan’,” the CM said.

Leader of Opposition Ahmad Hasan said the language used by the CM was hurtful.

“The SP does not want the votes of Muslims alone but of all communities. The CM’s threatening tone is not justified. The language in the House should be dignified,” Hasan said.

The CM has used the “abba jaan” term while referring to the Yadavs earlier as well. “His abba jaan used to say even birds will not be allowed in Ayodhya but now the Ram temple is being constructed there,” Adityanath said recently.

The former chief minister has in the past also been referred as ‘maulana’ Mulayam Singh Yadav.