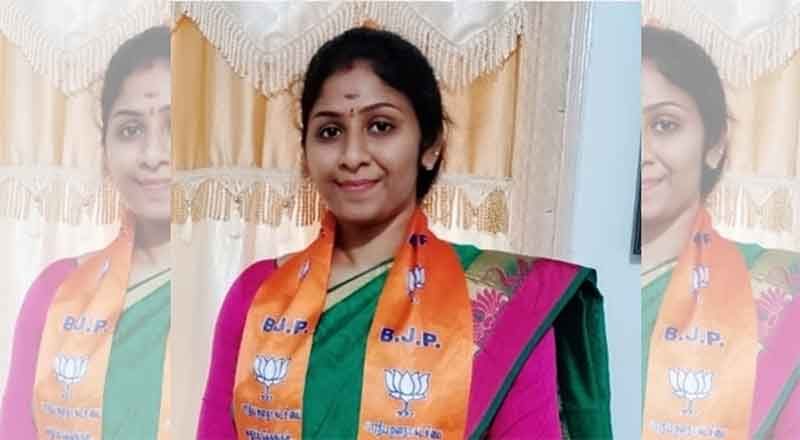 Vidhya Veerappan, the daughter of forest brigand Veerappan, who was killed by police in 2004, is now a 29-year-old law graduate who runs a “school for kids” in Krishnagiri  and the new Vice-President of the BJP’s Tamil Nadu youth wing.

For Vidhya, it’s about “social service”. “I don’t relate to any particular community, I believe in humanity,” she says. Vidhya came to know about her appointment through a Facebook post by the state party leadership. And almost immediately, the talk was all about her father.

“I had seen him only once, during a school vacation, when I was at my grandfather’s village Gopinatham, near Hanur in Karnataka. There was a forest nearby, I was hardly six or seven years old. He came to the place where we were playing, spent a few minutes talking to me, and left. I remember him asking me to ‘do good, study well to become a doctor and serve people’,” says Vidhya.

“But by the time I started knowing the world, he had lived his life…I believe it was the situation around him that made him choose a problematic path. But some of the stories I heard about him motivated me to do social service,” she says.

“He was never into politics but his approach and actions were based on his understanding of the world around him. There are many interpretations about his work for the Vanniyar community,” says Vidhya

In fact, her mother Muthulakshmi is still affiliated with the Tamizhaga Vazhvurimai Katchi (TVK), an offshoot of the PMK, a Vanniyar party and NDA ally.

Vidhya, however, joined the BJP in February, about a couple of years after a local leader first introduced her to the then Union Minister Pon Radhakrishnan. “I was interested in social service, and Radhakrishnan suggested that I do the same work for the party,” she says.

Today, despite her new appointment, Vidhya admits that politics is an unknown arena. But then, she is known to put up a fight to fulfil her dreams.