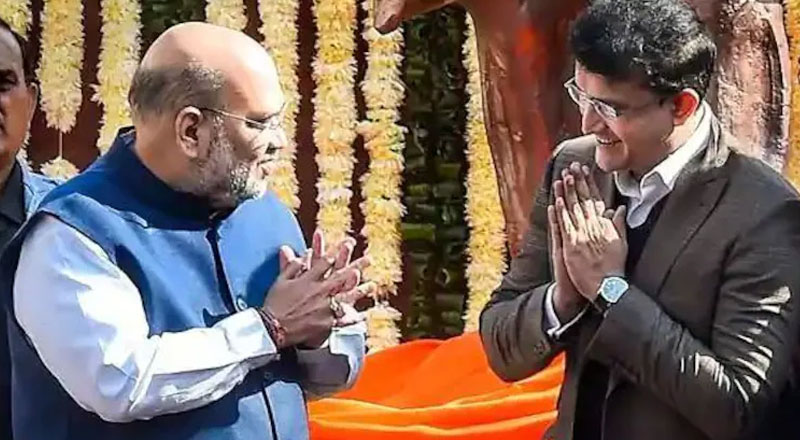 Sourav Ganguly on Friday said he has prepared a vegetarian spread for Union Home Minister amit shah ‘s visit to his house.

Hours ahead of Home Minister Amit Shah‘s visit to Sourav Ganguly’s house, the BCCI president said that he has prepared a vegetarian spread for his dinner with the minister. Ganguly said the home minister accepted his invitation for dinner and they will be dining in the evening.

Ganguly also said he has known Shah since 2008 after working with Shah’s son.

Before going to Sourav Ganguly’s residence, Amit Shah will be attending the ‘Mukti-matrika” (Freedom as Mother) cultural programme, organised by the Ministry of Culture at Kolkata’s Victoria Memorial Hall. The programme will also feature a dance by Sourav Ganguly’s wife, Dona Ganguly and her troupe, Diksha Manjari.

Amit Shah is on a three-day visit to Bengal in an apparent bid to boost the morale of the party leaders.