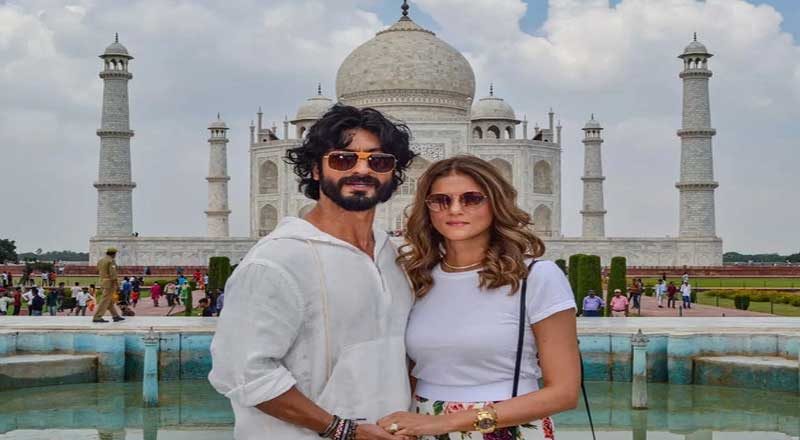 Bollywood actor Vidyut Jammwal, who was rumoured to be dating designer Nandita Mahtani, has finally put all speculations to rest by making his relationship official. Vidyut revealed on Instagram that he got engaged to Nandita earlier this month.

Vidyut chose to pop the question to Nandita in the “Commando way”. He himself revealed that on the social media app by writing, “Did it the COMMANDO way.”

According to sources, both were scaling down a 150-metre high wall at a military camp close to Agra when Vidyut popped the question.

Vidyut and Nandita then headed to the Taj Mahal where the two had posed together for the shutterbugs. In the photos, Nandita was seen flaunting her engagement ring in her hand.

Nandita shared the same photos on her Instagram account that Vidyut had posted and expressed that she finally said “yes” to the Khuda Hafiz actor.

“Couldn’t keep him hanging any longer…said yes,” Nandita wrote along with the picture. After the post, Nandita received heartwarming congratulatory messages from her friends in the industry.

On the work front, Vidyut has launched his production house Action Hero Films. He also announced his first feature film as a producer, IB 71 in association with director Sankalp Reddy, who will be helming the film. Currently, the actor is shooting for Khuda Hafiz 2, a sequel of his 2020 release.