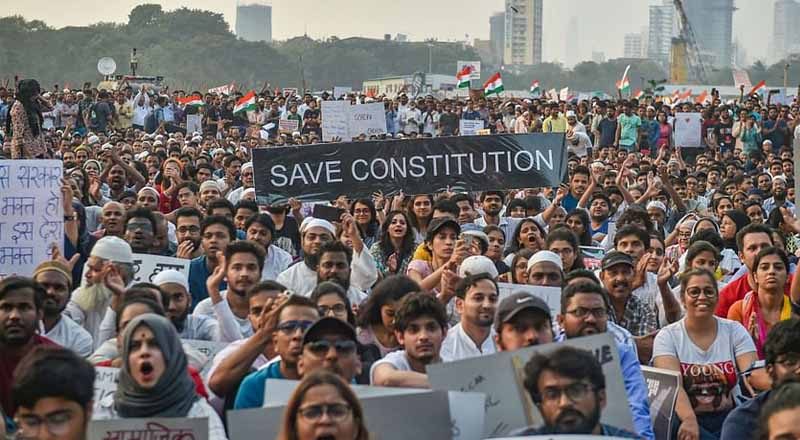 A small village in the outskirts of Ahmednagar district passed a resolution against NRC, CAA during a Gram Panchayat meeting on Republic Day.

Mahadev Gawli, a villager, who proposed the resolution during the meeting in the village with a population of just about 2,000, said that they will launch a non-cooperation movement if the Centre refuses to roll back the new citizenship law and NRC.

“Out of the 2000 people here, 45 per cent of people belong to the Scheduled Caste, Scheduled Tribe and downtrodden sections. They do not have documents to prove their citizenship. We have sent a dossier to the Centre suggesting to changes in the new law. If not done, we will organise a non-cooperation movement from here,” he said.

Another member a member of the Gram Panchayat, said, “The majority of the population here are tribals. They do not have caste certificates; these people will not be able to submit documents.”

Protests broke out in several places across the country against the Citizenship Act and NRC last year. At Shaheen Bagh in New Delhi, protests have been ongoing since December 15 due to which Kalindi Kunj road has been shut for traffic movement.

The CAA grants citizenship to Hindus, Sikhs, Jains, Parsis, Buddhists and Christians fleeing religious persecution from Pakistan, Afghanistan and Bangladesh and who came to India on or before December 31, 2019