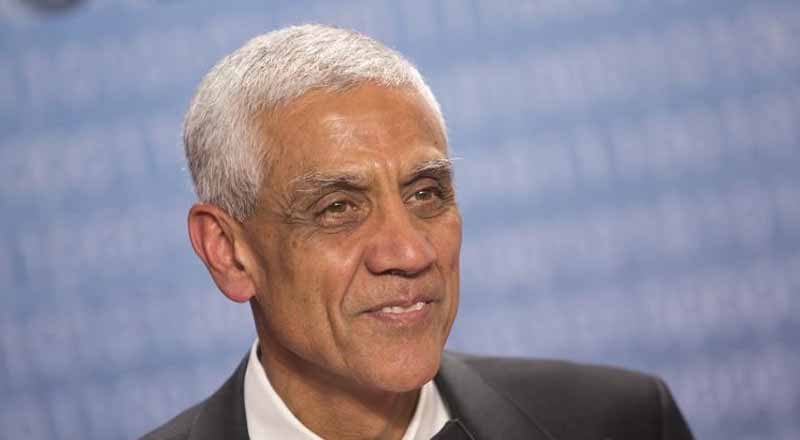 If not for his work, but Vinod Khosla will be remembered in California for his now 12-year-old battle to keep private a stretch of beach in front of an 89-acre property that the billionaire venture capitalist purchased in 2008.

It has exhausted colleagues and associates, who have privately complained over the unwanted attention it has drawn to Khosla’s investment firm, Khosla Ventures. It has infuriated beachgoers, whose access to the beach has been periodically obstructed. It has even landed a handful of surfers in jail. Yet astonishingly, the battle over the sandy, crescent-shaped strip known as Martins Beach, just south of Half Moon Bay, continues.

Last October, the United States Supreme Court refused to hear Khosla’s appeal to overturn a ruling that the beach access path that cuts through his property must remain open. Exhausted onlookers surely heaved a sigh of relief at the decision, along with the Surfrider Foundation and other champions of ensuring Californians have access to the state’s beaches.

But Khosla — who has argued all along that his property rights are being violated — found a sympathetic ear more recently in an appeals court in San Mateo County. The County ruled in favor of Khosla on a related case that centered on whether the former property owners of his land had already granted public rights to use the beach — along with the road that leads to it and a parking lot where visitors have long been charged an entrance fee. The panel concluded there was insufficient evidence to show that they — a family that acquired the parcel in 1902 — had.

Now, the state is suing. Specifically, the California State Lands Commission and the California Coastal Commission is asking the court to consider new evidence from more than 225 people — including photographs, newspaper stories and personal journal entries — that shows that while the land owners might not have explicitly granted public rights to use the beach, the beach and gated road to it have nevertheless been used by the public since “at least the 1920s.”

Indeed, it argues that a family that lived on the land and managed it for decades on behalf of its longtime owners had operated a beach store and provided other beach amenities, including restrooms and even, at one point, a restaurant — all with the owners’ consent.

The filing adds that without court orders, Khosla will “continue to deny, impair and obstruct” the public’s right to use Martins Beach.

What happens now remains to be seen. But the Coastal Commission sees the case as far more than a story between the state and one very resolute property owner who remains unwilling to back down or cut his losses, no matter its impact on the legacy he will one day leave behind.