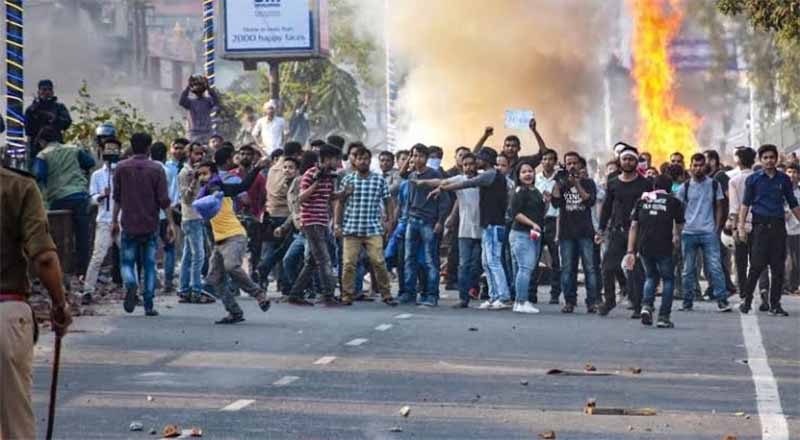 After the Citizenship Amendment Act, 2019 was passed by Rajya Sabha on Wednesday and signed by President Ram Nath Kovind on Thursday night, widespread violence has been reported from several parts of Assam, despite curfew and internet shutdown to quell the protests.

The protesters lit up several vehicles, burnt down railway stations and bus terminus. They even tried to set the train on fire while the passengers were still on board.

The protesters demand to withdraw the Citizenship Amendment Act, which provides to guarantee citizenship to people of six non-Muslim communities who came to India from Pakistan, Bangladesh or Afghanistan to flee religious persecution.

As per news, two persons were shot dead by security forces in Guwahati, which has turned into a garrison town with Army, paramilitary and state police personnel present in every nook and corner.

Prime Minister Narendra Modi in a series of tweets, in both Assamese and English said he personally and the central government are “totally committed to constitutionally safeguard the political, linguistic, cultural and land rights of the Assamese people as per the spirit of Clause 6.”

Mobile internet and messaging services were also suspended in neighbouring Meghalaya for 48 hours since 5 pm on Thursday after incidents of vehicle torching.