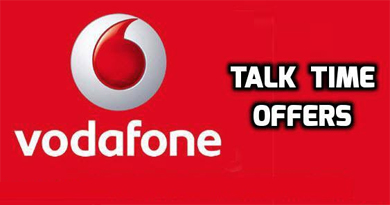 Vodafone India has announced 50 minutes free talk time for all customers in flood affected areas of Assam and North East.

Besides, Vodafone in association with Assam State Disaster Management is sending out constant SMS alerts on flood related precautions. Vodafone India is also keeping a close watch on the flood situation and will take measures to take care of citizens health safety and well being.

Vodafone has been increasing local employee base alongside an improved gender ratio, in the Assam and North East circle. Vodafone is one of the largest employers in the region offering direct and indirect employment opportunities to over 70,000+ citizens, 80% of whom are local residents from seven states. In FY2015-16, local talent accounted for 88 percent of the total hires and this has been further strengthened to 90 percent in FY2016-17 for Vodafone Assam and North East.

Expressing Vodafone’s commitment to Assam North east Region, Nidhi Lauria, Business Head – Assam & North East, Vodafone India said, “Vodafone believes in making a difference to lives in societies we operate in, one of the ways is through conscious effort in hiring local talent. This helps us in being an employer of choice, as well as engaging with customers better. Our diversity journey is built on the foundation of creating an ecosystem that is attractive to women professionals and enables them to succeed at the workplace.”

Vodafone has invested around Rs. 2,200 crores till date in the region to expand, modernize and build a more technology and energy efficient network for customers. Vodafone has also expanded its SuperNet 4G network to more than 253 towns and 1,365+ villages across all seven states in the region in the last few months.

In Assam & North East, Vodafone’s network covers over 19,800+ towns and villages diverse in demographic landscape, catering to an equally diverse populace in terms of culture and language. Presently, with over 5,300 cell sites, more than 300 retail touch points and 67,000+ distribution touch points.