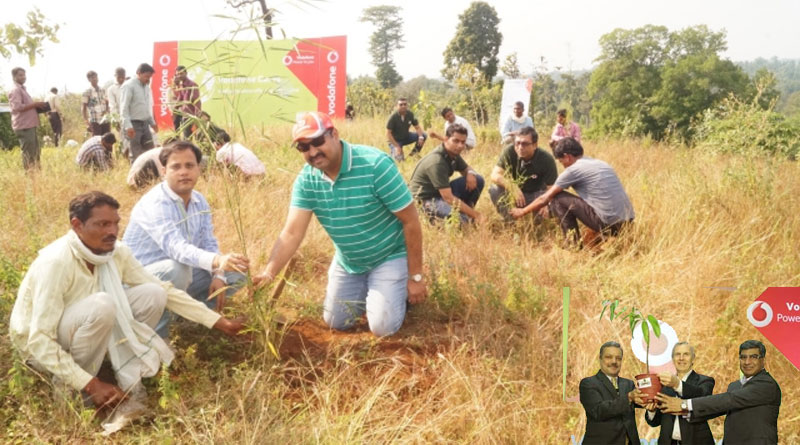 Vodafone India has planted 300,000 trees on approximately 300 hectares of forest and community land over 3-years to improve wildlife corridor between Kanha and Pench.

Vodafone along withGrow-Trees.com, the exclusive Indian planting partner for United Nation’s Environment Program’s Billion Tree Campaign has announced the successful completion of their joint project to improve Wildlife Corridor between Kanha and Pench wildlife sanctuaries by planting 300,000 trees on approximately 300 hectares of forest and community land over 3-years.

Sharing details about Vodafone’s support to the project, Ashish Chandra – business head, M&G, Vodafone India said, “This unique project has enabled Vodafone to offset 33 million kg of carbon footprint generated by our offices. More importantly, we have been able to create livelihood opportunities, enable reforestation and facilitate habitat connectivity in tiger breeding areas between Kanha and Pench reserves.  This is a win-win-win proposition for all – the organisation, the community and the environment, exemplifying the true spirit of sustainability.”

This project has created about 25,000 workdays of direct jobs mainly for women and tribal communities inhabiting the area in addition to supporting several allied livelihood generating activities such as farming, fruit and honey gathering etc. on a sustained basis.

Speaking on the occasion, Bikrant Tiwary, CEO, Grow-Trees.com, said, “We are delighted to have Vodafone India as our corporate partner to support this novel project of wildlife corridors for enlarging wildlife habitats. The size and scale of this private corridor reforestation initiative is the biggest till date in the country.  The planting process on site has been taken care by our local planting partner.”

Kanha Tiger Reserve in Madhya Pradesh and Pench Tiger Reserve straddling Madhya Pradesh and Maharashtra are important habitats for the tiger population in central India. As tigers need large home ranges to ensure population viability, it is important to ensure habitat connectivity between different breeding areas. The Kanha– Pench corridor therefore gains high importance in the efforts to save the tiger and other wildlife. Such a corridor is vital for the long term survival and viability of tigers as it connects smaller tiger populations in Pench to larger populations such as at Kanha.