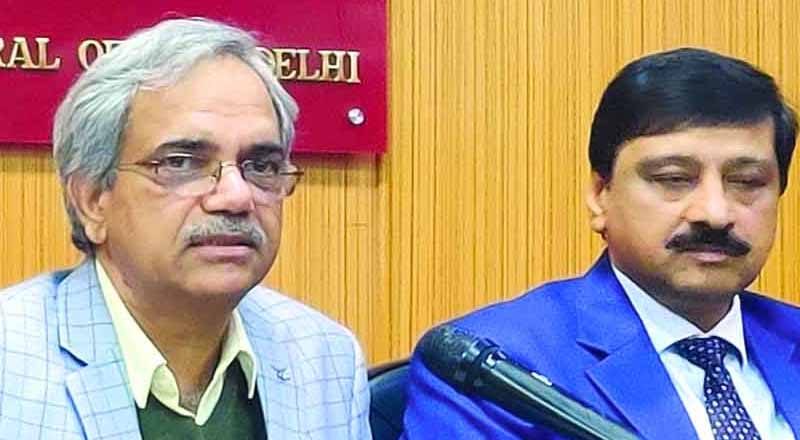 Delhi Election Commission in a press conference on Sunday said that Delhi recorded an overall turnout of 62.59% in Saturday’s voting, hours after AAP leader and Chief Minister Arvind Kejriwal questioned the delay in official declaration of the voting percentage.

Delhi’s Chief Electoral Officer Ranbir Singh said the voting percentage in Delhi assembly elections is about 2% more than the last Lok Sabha elections and 5% less than the 2015 turnout when the AAP received a historic mandate of 67 seats in the 70-seat assembly.

The poll panel said it is “not unusual or uncommon” for the voter turnout to be officially declared the day after elections, adding that multiple levels of scrutiny had led to the delay.

“They did not want to speculate and wanted to give exact figures… So, returning officers worked throughout the night to check data to ensure it is accurate,” Singh said.

He said there were more than 13,700 polling stations in the national capital and they had to add data from each station and ensure that every vote is accounted for. “It is not a matter of late or early as soon as the voting per cent was finalised, it was shared with the public,” he said

The highest voting of 71.6 per cent was reported from Ballimaran constituency, while the lowest turnout was in Delhi cantonment at 45.4 per cent, Singh said.