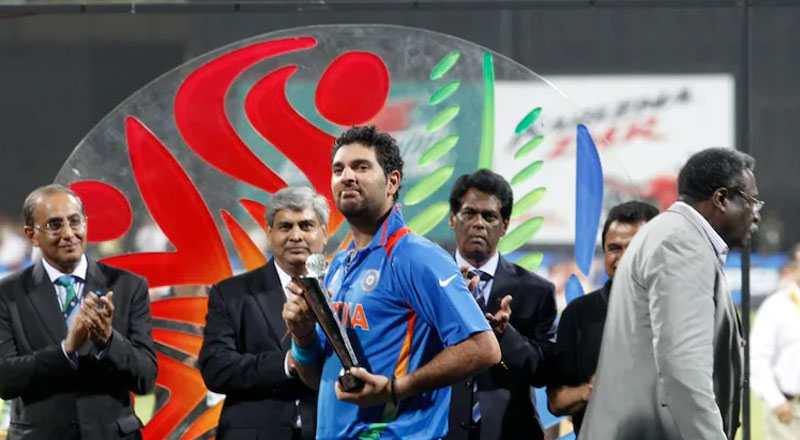 11 years ago, India lifted the 2011 ICC Cricket World Cup after a gap of 28 years. Former India all-rounder Yuvraj Singh, the quintessential hero of India’s World Cup win, went down the memory lane and said that the team wanted to win it for the entire country and for Sachin Tendulkar.

Former India all-rounder Yuvraj Singh on Saturday recalled his 2011 World Cup-winning memories and said that he is proud to be a part of the team that wanted to win the cup for the entire country and for a very special person, Sachin Tendulkar. April 2, 2022, marks 11 years since India lifted the 2011 ICC Cricket World Cup, becoming the first-ever host country to return with the mega trophy.

The 2011 World Cup was memorable for Yuvraj as he had scored 362 runs and took 15 wickets and was adjudged the ‘Player of the Tournament’. Though there were many heroes for Team India throughout their campaign, Yuvraj Singh was the star performer who captured the hearts and minds of Indians with his high impact performance.

The Indian team defeated Sri Lanka in the summit clash of the 2011 ODI World Cup in Mumbai to win the title after a gap of 28 years.

On Friday, Yuvraj took to his official Instagram handle to recall one of the greatest moments in the history of independent India and dedicated the cup to Masterblaster Sachin Tendulkar.

“This wasn’t just a world cup victory – this was the dream of a billion Indians being fulfilled Proud to be a part of this team that wanted to win the cup for the entire country and for a very special person @sachintendulkar. Nothing can match the pride of wearing the tricolour and bringing glory to the nation,” he wrote.