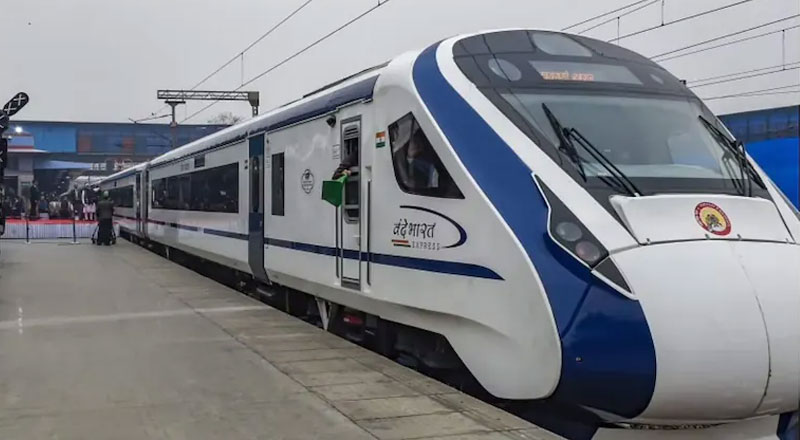 Wheels of Vande Bharat trains manufactured in war-torn Ukraine will be airlifted to India soon.

Wheels of Vande Bharat trains manufactured in Ukraine have reached Romania and will be airlifted to India soon. Around 128 wheels of semi-high speed trains have been stuck in Ukraine since the war broke out.

According to sources, these will be airlifted by the railways for trials next month. They also said that to meet its target of launching 75 semi-high speed trains on prominent routes across the country by the end of this year, India has now placed orders for wheels with Czech Republic, Poland and US. The sources also said that India may look at China too as it supplies wheels.

Ukrainian firm, which is one of the world’s largest suppliers of such wheels, had stopped new production with most staffers joining the war. The railways had given order for 36,000 wheels at a cost of $16 million.

The wheels were planned to be shipped from the Ukrainian Black Sea Port to Maharashtra’s Jawaharlal Nehru Port Trust (JNPT), which has not happened due to the war.

The 128 wheels currently in Romania are required for the trial of two Vande Bharat trains. They were sent to Romania by road on trucks from the wheel factory in Dniepropetrovsk, Ukraine. The axles needed for the wheels have been manufactured at the Railway Wheel Factory in Bengaluru.

While the Railways is focused on getting the Vande Bharat trains running on time, more than 70 other trains have to wait for the wheels to arrive from their new destinations to hit the tracks, according to sources.

Earlier, Finance Minister Nirmala Sitharaman had announced that 400 Vande Bharat trains will be manufactured in the next three years, which are expected to cost between Rs 40,000 crore and Rs 50,000 crore.