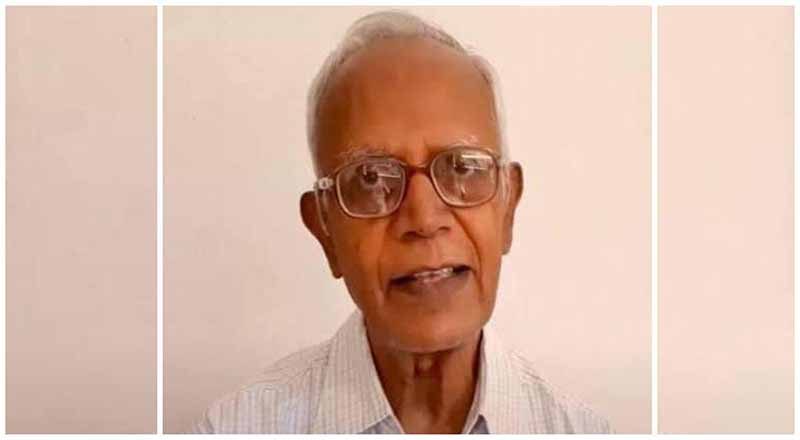 The 84-year-old Jesuit priest had been arrested in October for allegedly being part of a conspiracy to instigate caste violence in Bhima Koregaon village near Pune in 2018. He stated plainly that he feared for his life if he remained behind bars.Stan Swamy an 84-year-old had told the High Court via video-conferencing that his health had consistently declined at the Taloja prison in Navi Mumbai and if he was not granted interim bail, he “would die soon”.

Father Stan Swamy, a soldier of Christ, should have known that “blessed are the meek, for they shall inherit heaven.

Stan Swamy, a priest-activist arrested under an anti-terror law in the Elgar Parishad case last year, died on Monday in the middle of his fight for bail on health grounds. The Jesuit priest had been on a ventilator since Sunday when his health took a sharp turn for the worse.

Stan Swamy was being treated at the private Holy Family Hospital in Mumbai following a court order on May 28. The National Investigation Agency (NIA) had suggested a government hospital, to which, he had said: “I’d rather die here in prison.”

Swamy, 84, was arrested by the NIA from Ranchi in October 2020 under the stringent Unlawful Activities (Prevention) Act (UAPA) and lodged at the Taloja Central Jail in Navi Mumbai.

As per the report, Stan Swamy spent the last few months of his life fighting legal battles for even the smallest of needs. In December, he was allowed a straw and a sipper in jail, which he had requested in court on account of Parkinson’s disease. He had requested medical treatment and interim bail multiple times.

The NIA, which arrested him in October from his home in a widely criticized late-night swoop, opposed his bail request in court and had said there was no “conclusive proof” of his medical ailments. The agency held firm to its argument that Stan Swamy was a Maoist who had plotted to cause unrest in the country.

Stan Swamy was the oldest to be arrested. He had also tested positive for the coronavirus at a private hospital last month and was subsequently shifted to the ICU.

Stan Swamy had told the High Court via video-conferencing that his health had consistently declined at the Taloja prison in Navi Mumbai and if he was not granted interim bail, he “would die soon”.

The court did not grant him bail but agreed to let him be treated in a community-run hospital.

He suffered a cardiac arrest and died at a Mumbai hospital in the middle of his fight for bail on health grounds.

UN Special Rapporteur for Human Rights Defenders, Mary Lawlor, shared his video along with a message: “The news from India today is devastating. Human Rights Defender and Jesuit priest Fr Stan Swamy has died in custody, nine months after his arrest on false charges of terrorism.

Now a question is on who is guilty — Stan Swamy or those who kept him behind bars?

Now Stan Swamy’s gone and died. Surely he knew that dying like this will be showing the country in a bad light. And, this is my case, he knew it! He is on record as having said that it will not be long now — to the court that denied him permission to return to Jharkhand

Many believes the soul of Stan Swamy will roam the hills of Jharkhand and the hutments of Adivasis, giving them the strength of self-belief and self-worth that so irks the high and mighty.

They termed Swamy’s death an “institutional murder” and held the “negligent jails, indifferent courts and malicious investigating agencies” responsible for it. The accused also demanded a judicial inquiry into his death.

They also demanded action against officials of the National Investigation Agency (NIA), which is conducting a probe into the Elgar Parishad case, and former superintendent of the Taloja jail.