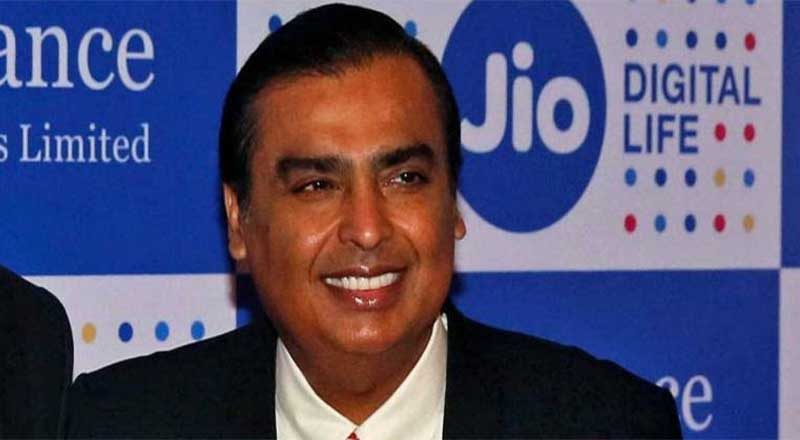 Billionaire Mukesh Ambani has again pushed hard for 2G free India as DoT and COAI celebrate 25th anniversary of mobility in India. In a letter to Union Minister Ravi Shankar Prasad, Mukesh Ambani wrote: “This is also an occasion for us to look at the obstacles that have prevented Indian consumers and Indian society from fully benefiting from the digital revolution.

Here I specifically referred to the fact that India still has 300 million mobile subscribers trapped in the 2G era and their feature phones keep them excluded even from the basic users of the internet at a time when both India and the rest of the world are standing at the doorsteps of 5G telephony,” Ambani said in a video message.

This isn’t the first time that Mukesh Ambani has spoken about the need of making India 2G free. Since, Mukesh Ambani is focusing for the 5G technology and will push for the adoption of affordable 5G smartphones as it envisions a ‘2G-mukt’ Bharat. Jio recently entered into a commercial agreement with Google to jointly develop entry-level affordable 4G and possibly 5G smartphones in the future with an aim to make India 2G-mukt or free of 2G technology.

We are now rolling out our vision of Digital platforms and partnerships. This will provide the most advanced technological tools of empowerment to millions of our farmers, small merchants, consumers, small and medium enterprises, students, teachers, health care workers, and innovators,” Mukesh Ambani said in the video event.

With the recent partnership with Google,Jio will provide optimizations to its Android operating system and the Play Store for smartphones that Jio will launch in the market.This is the second attempt by Jio to launch own-branded smartphones, having previously launched ‘Lyf’ branded smartphones to quickly bring subscribers to its network after the launch.