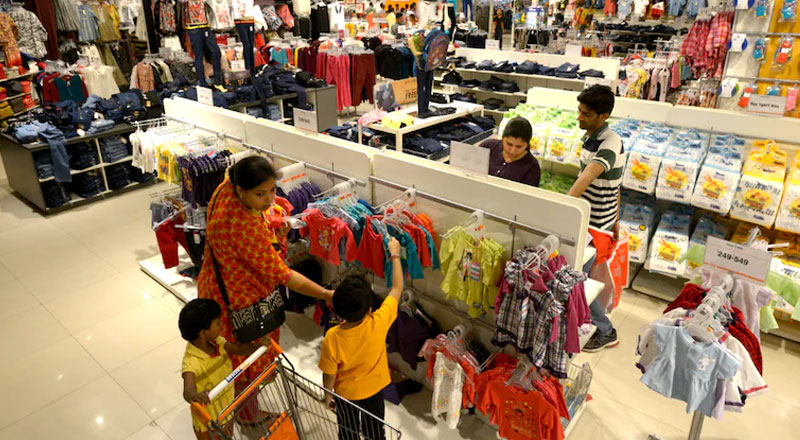 As the presentation of Union budget 2022-23 looms closer, one of the big challenges for the Modi government is to identify and implement measures to revitalise a key engine of economic growth—consumption. As India suffers through a third wave of the pandemic, the weakness in this economic metric has become particularly worrying. Though business activity was not crippled in this wave as during the past two, consumers appear to have become wary of spending. This finding is backed up by the first advance estimates of India’s GDP (gross domestic product) for 2021-22, announced recently by the National Statistics Office. Private final consumption expenditure, the largest demand driver, was at Rs 80.8 lakh crore for the fiscal year, 2.9 per cent below the Rs 83.2 lakh crore in 2019-20. Along with weak private investment, this means the overall projected GDP for 2021-22 is around Rs 147.53 lakh crore in absolute terms—only 1.3 per cent up from the pre-pandemic year 2019-20.

One economic engine that showed resilience through the first wave of the pandemic was the rural economy, especially agriculture and its allied sectors. This time around, the situation is different. With economic activity slowing and rural employment schemes seeing reduced budgets in fiscal 2022, wage growth has slowed in both the farm and non-farm sectors. Data from the RBI (Reserve Bank of India) shows farm wage growth slowed to 5.7 per cent in fiscal 2022 (in nominal terms, the April-November average), from 6.6 per cent in fiscal 2021. Non-farm wage growth halved to 3.2 per cent from 6.4 per cent. In fact, the Crisil report points out that discounting the high inflation, non-farm wages in real terms show negative growth (or a decline) in real terms on an on-year basis.

Household savings, which averaged 13 per cent of GDP for nearly a decade through fiscal 2015, have also taken a hit. By fiscal 2020, they had slipped to 11 per cent, with income growth slowing and families forced to dip into their savings. In the early months of the pandemic, there was a forced reduction in consumption, which pushed the overall savings rate up to 21 per cent of GDP in the June 2020 quarter. However, as economic activity was battered, with jobs lost and salaries slashed in many sectors, the savings rate dropped again, to 8.2 per cent in the December 2020 quarter.

Yet another factor hurting consumption is high inflation. India’s benchmark inflation rate, measured by the Consumer Price Index (CPI), was at 5.59 per cent in December 2021, the highest in five months. The Consumer Food Price Index (CFPI, the inflation in food costs), also spiked from November to December, rising from 1.87 per cent to 4.05 per cent. This was due to a sharp rise in the prices of oils and fats, which had climbed 24.32 per cent on-year in December. Meanwhile, inflation in fuel and light rose 10.95 per cent, clothing and footwear by 8.3 per cent and housing, 3.61 per cent. Apart from these factors, Covid has also worsened existing inequalities, having the most severe impact on those in the lower income brackets—employees in small and medium enterprises, in the unorganised sectors and in contact-based sectors like services.

What specific measures could the Budget announce to boost consumption? For one, Crisil is of the view that delaying a fiscal correction and instead spending on employment and infrastructure is probably the best bet. It says the government could find an additional Rs 35 lakh crore over fiscals 2022-2026 by postponing the deadline to bring the fiscal deficit down to three per cent of the GDP. It argues that an economic recovery will lead to better tax collections, and therefore, that a delayed fiscal tightening to boost future tax collections it a good strategy that will allow the government to spend more on employment generation, which is crucial to boost consumption. Meanwhile, a higher budget for MNREGA (the Mahatma Gandhi National Rural Employment Guarantee Act) should be a priority, as should developing a similar scheme for the urban poor. Madan Sabnavis, chief economist at the Bank of Baroda, expects “a balance of consumption and investment-centric policies” in the budget. In terms of private incomes, he says the budget might look at increasing standard deduction limits for the salaried class by Rs 50,000.

Former RBI governor D. Subbarao is of the view that rising income inequality is the worst scar from the pandemic, highlighting again the many jobs lost, which in turn, means lost purchasing power. Though unemployment has been a problem India has grappled with for some time, it has now become worse. Moving forward, boosting investment in the Centre’s production-linked incentive (PLI) scheme would also be a major step forward, as the development of a new manufacturing ecosystem would create many employment links up and down the production chain by getting MSMEs—major job creators—involved.