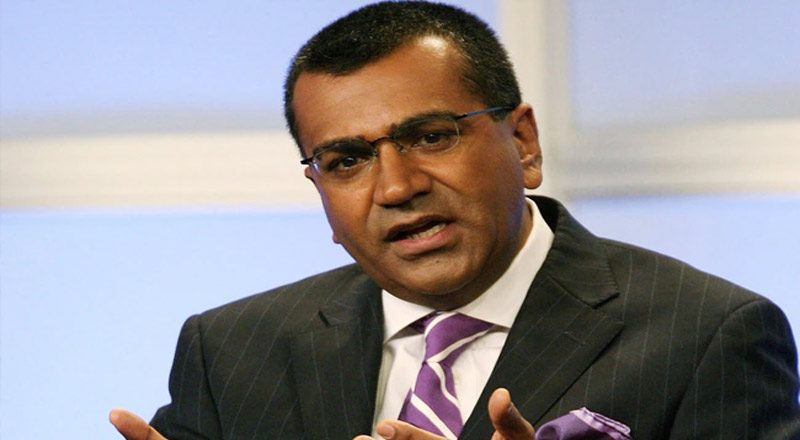 The 55-minute interview, which was aired on BBC’s Panorama programme, featured Princess Diana giving a detailed account of her turbulent relationship with Prince Charles and opening up about his affair with Camilla Parker Bowles.

More than two decades later, Princess Diana’s eldest son Prince William, who is second-in-line to the throne, accused the BBC of failing his mother by fuelling her paranoia and worsening her relationship with Prince Charles.

A recently released report based on an independent inquiry revealed that former BBC reporter Martin Bashir used deceitful means to obtain a sensational interview with Princess Diana in 1995, and his actions were covered up for decades by his bosses at the public broadcaster.

Martin Bashir, the BBC journalist who tricked princess Diana into giving an explosive interview, on last Sunday apologised to Princes William and Harry but said claims linking his actions to her death were “unreasonable”.

The backlash against the BBC is not limited to the royal family alone. The British government, too, has condemned the broadcaster for failing to abide by its own editorial standards. Prime Minister Boris Johnson expressed his concern, and several of his ministers warned of fresh reforms. Afterall the issue is from the British Royals, who are world famous Royals existing in the universe.

The interview aired, Princess Diana giving a detailed account of her turbulent relationship with Prince Charles and opening up about his affair with Camilla Parker Bowles, who went on to become the Duchess of Cornwall.

“Well, there were three of us in the marriage, so it was a bit crowded,” she famously told Bashir. Diana also admitted to having been unfaithful to Charles in a five-year long affair with cavalry officer James Hewitt.

Soon after the birth of Prince William, Diana suffered from postnatal depression. She revealed that she had even tried to hurt herself during the painful period. When Bashir asked if her mental health issues affected her marriage, she said: “it gave everybody a wonderful new label – Diana’s unstable and Diana’s mentally unbalanced. And unfortunately that seems to have stuck on and off over the years.” She also spoke about her struggle with Bulimia.

The interview sent shockwaves across the country and was viewed by over 20 million people. Within a month of its release, Diana’s press secretary resigned and the Queen wrote to her and Prince Charles, urging them to get divorced.

Two years after the interview, Diana was killed in a car crash along with her partner Dodi Fayed while being chased by paparazzi on motorcycles.

A report by retired senior judge John Dyson published on Thursday found that Bashir commissioned faked bank statements that falsely suggested some of Diana’s closest aides were being paid by the security services to keep tabs on her.

Bashir, 58, then showed them to Diana’s brother Charles Spencer in a succesful bid to convince him to arrange a meeting between himself and Diana and earn her trust.

Bashir told the Sunday Times he was “deeply sorry” to Diana’s sons Prince William and Prince Harry. “I never wanted to harm Diana in any way and I don’t believe we did,” he told the paper.

Diana died in a Paris car crash in 1997, aged 36. Bashir disputed the accusations, saying “I don’t feel I can be held responsible for many of the other things that were going on in her life, and the complex issues surrounding those decisions.

He argued that the 1995 interview had been conducted on Diana’s terms, and that they remained firm friends after it aired to an audience of 22.8 million people.

“My family and I loved her,” he said, revealing that Diana had visited Bashir’s wife and newborn child in hospital and that the princess threw a birthday party for his eldest child at Kensington Palace.

Bashir has said that he regretted showing Diana’s brother forged documents, but that it had “no bearing” on the revelations aired during the interview.

A former BBC chief who was criticised for his “woefully ineffective” probe into Martin Bashir’s deception in securing a bombshell interview with Princess Diana on Saturday resigned as chair of Britain’s National Gallery.

Retired senior judge John Dyson said Bashir commissioned faked bank statements that falsely suggested some of Diana’s closest aides were being paid by the security services to keep tabs on her.

However, Bashir then showed them to Diana’s brother Charles Spencer, in a successful bid to convince him to arrange a meeting between himself and Diana and earn her trust.

In it, she famously said “there were three people” in her marriage — her, Charles and his long-time mistress and now wife, Camilla Parker-Bowles — and also admitted adultery.

He returned to work for the corporation as religion editor until he stepped down last week, citing ill health, just hours before Dyson’s report was submitted to BBC bosses. On Sunday he apologised to Diana’s sons Prince William and Prince Harry but said claims linking his actions to her death were “unreasonable”.

Prince William said the interview had made “a major contribution” to the demise of his parents’ relationship, while the BBC’s “woeful incompetence” in uncovering the truth had “contributed significantly to her fear, paranoia and isolation” in her final years.

Diana died in a high-speed car crash while being chased by paparazzi photographers in 1997.

Prince Harry says he used drugs to numb pain of Diana’s death. The Duke of Sussex says the loss of his mother accentuated fears about his own wife Meghan when she grappled with suicidal thoughts.

Harry, now 36, has spoken before about the trauma of losing Diana in the Paris car accident and then having to walk as a 12 year old behind his mother’s coffin in her funeral cortege under the glare of the world’s media.