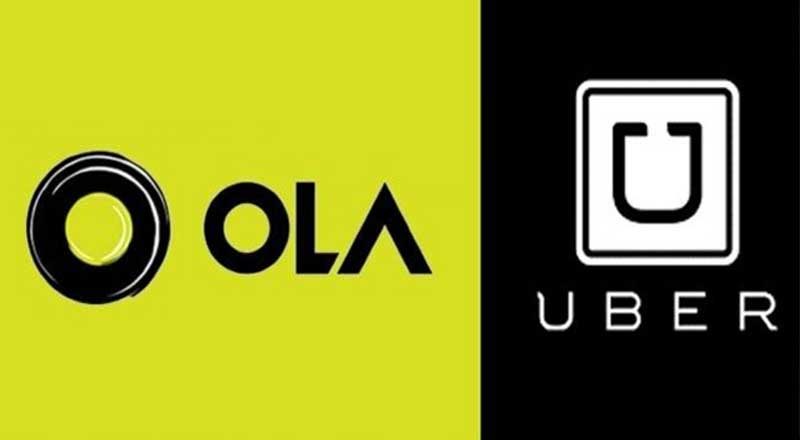 Making a leader in the market and bringing another leader to the existing market, with loads of marketing development fund to groom the market and mature it, like getting investment into both the leaders . It is like creating chaos in the industry, so that it’ll be very difficult for another player to enter into this segment, it is like clear monopoly. However, over the last one year, both firms have tactically cut incentives and discounts. Yet they are still burning cash and expected after merger they will role the market and make substantial amount of money.

Softbank has acquired 15 per cent stake in Uber with around an $8 billion investment in January. The Masayoshi fund group owns 33 per cent in Ola. The Masayoshi Son-founded Japanese conglomerate had played a pivotal role in consolidating the two in the SEA region.

It is still not clear whether Softbank would pursue a merger between Ola and Uber, similar thing has happened in China ,on how Didi Chuxing acquired local stake of Uber in China with a minority stake .The plan looks similar and copy paste in India, The Competition Commission of India (CCI) has expressed concern over the compromise of ride-hailing competition by common investors in India.

The Commission also added that it will not hesitate to take action, suo-motu or otherwise, if concern arising out of horizontal shareholdings prima facie seem to exist at any point of time in future wherein the opposing parties (Ola and Uber) are found competing less vigorously because of any interference by the common investors in the management decisions. The statutory body will also keep a vigil if the two companies or its investors violate regulations.

Bhavish Agarwal of Ola claims market leadership with presence in over 110 cities, covering around two million rides a day, while Uber with presence in 25 cities does around one million daily rides and is expected to raise big-ticket funds, estimated around $1 billion more, for expansion as well as newer growth initiatives such as electric vehicles, autos and bicycles and Ola projected 2019 as the year to turn profitable. It’s targeting to generate cash profits of over $1 billion by 2021.

The decision would serve as a big blow to SoftBank, which has been aiming to recover losses through the merger. Both ride-hailing firms are in losses. Ola saw its losses widening to Rs 4,897.8 crore during FY 2016-17. The loss incurred by Uber is not available. Till December last year, Ola’s market share was 56.2 per cent. Whereas Uber’s market share decreased by about 2.4 per cent from 42 to 39.6 per cent.

Another plan is like , Softbank may come with the idea of , Ola acquiring the Indian unit of Uber, but the exact details of the deal are yet to come out. then on that case, Both companies are looking at having a controlling stake in the combined entity. The equation will come out to confuse the merger, then after to avoid the huge loss they may merger or some other third party will run the show like big brother.

After the response from NCLT, now both the company have the option of knock the door of National Company Law Appellate Tribunal (NCLAT) .