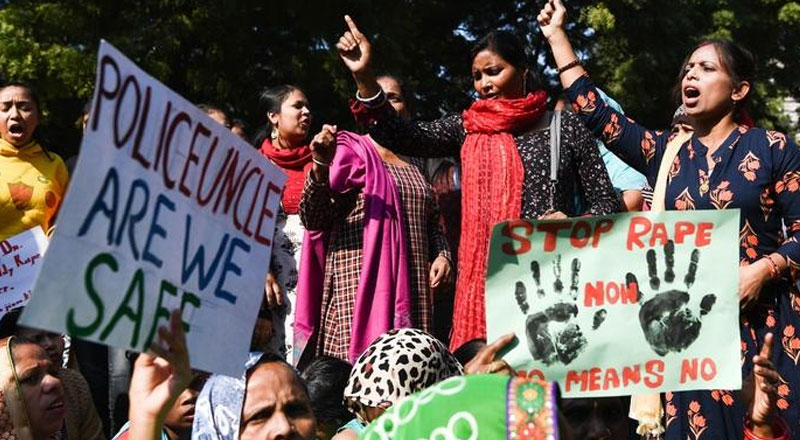 A shocking incident has come to light where a woman constable of the anti-Romeo squad under Mission Shakti was abused and raped by a fellow cop. The accused has surrendered in court after about two and a half months and has been sent to jail for judicial custody, the India Today reported.

In a complaint lodged on February 28, the woman constable from Girwan police station in which she had accused the cop of Baberu police station of sexually exploiting her on the pretext of marriage. The victim had also written to the Superintendent of Police (SP) complaining about the same. A formal case was registered and the matter is now being investigated by the Girwan police station in-charge.

According to the FIR, the accused and the woman constable had an active sexual relationship, after the accused had promised to marry her.

“However, on February 21, I came to know that the accused had a relationship with another woman with whom he had secretly married. When I confronted the accused, he started threatening me, after which I blocked his number. He then started showing up outside my station to threaten and pressurise me further. It was then that I informed the station in-charge about the matter.”

The FIR further revealed that when she returned to her room that night, she received a call from the accused asking her to come out so that his friends and he could teach her a lesson. After 70 days, the accused cop was sent to judicial custody after he surrendered in the Chief Judicial Magistrate (CJM) Court.

Confirming the case, Station House Officer (SHO) Girwan police station, Manoj Kumar, said, “A woman constable had accused a cop, on whom a case was registered. The accused had appeared in court on May 9 where he surrendered. He has been sent to judicial custody and further legal action is being taken.”