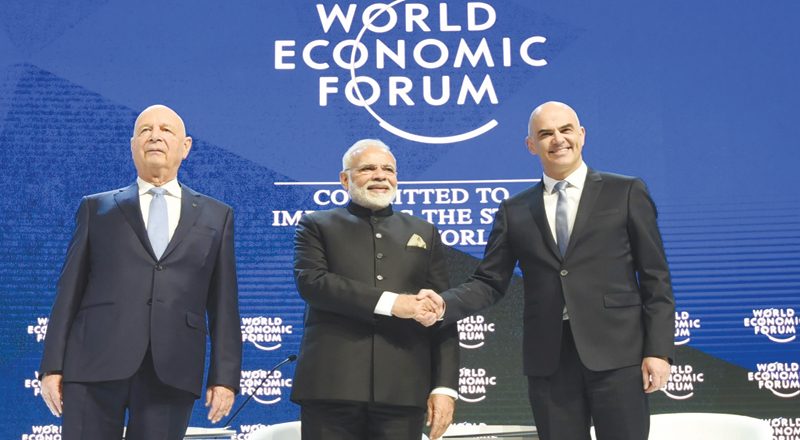 More than 3,000 leaders from around the world are gathering in a collaborative effort to shape the global, regional and industry agendas, with a commitment to improve the state of the world –

The 48th World Economic Forum annual meeting was held in Davos, Switzerland from January 21st to 24th with the shadow of recent attacks in France and ongoing global conflicts looming large.. The world’s most powerful leaders were at Davos 2018 for an annual four-day elite conference known as the World Economic Forum. Over 3,000 world leaders from business, politics, art, academia and civil society had witnessed the WEF Annual Meeting in the Swiss ski resort town of Davos.

WEF’s mission statement says that it is “committed to improving the state of the world by engaging business, political, academic, and other leaders of society to shape global, regional, and industry agendas”.

This year’s programme is focused around the theme, ‘Creating a Shared Future in a Fractured World’. Professor Klaus Schwab, founder and executive chairman of the World Economic Forum, said, “Our world has become fractured by increasing competition between nations and deep divides within societies.”

India‘s show of strength at WEF

The strong Indian presence with the largest over 130 participants has made India the talking point. Especially the presence of PM Narendra Modi has made the WEF more interactive. He is the first prime minister to represent India at the WEF in more than 20 years. The last visit by an Indian prime minister was by H.D. Deve Gowda in 1997 – long before India became a world economy to reckon with. The country’s top businessmen had also joined PM Modi at the Summit.

In recent years, India’s engagement with the outside world has become truly and effectively multi-dimensional covering political, economic, people to people, security and other spheres.

PM Modi said in a series of tweets hashtagged “IndiaMeansBusiness” on Sunday ahead of his visit – “At Davos, I look forward to sharing my vision for India’s future engagement with the international community.”

In his plenary address, PM Modi called for countries to unite to tackle what he called the three big challenges that the world faces – “climate change, terrorism and an increased self-centredness.”

“Climate change and terrorism are grave concerns before the world,” Prime Minister Narendra Modi said while also asserting that terrorism is dangerous but what is equally dangerous is the “artificial distinction” made between ‘good terrorist’ and ‘bad terrorist’. The prime minister, who arrived in Davos on Monday, said issues of peace, security and stability have emerged as serious global challenges. He also noted that the last time when an Indian prime minister came here in 1997, India’s GDP was a little more than $400 billion, but now it has increased more than six-times.

PM Modi has showcased India as one of the main drivers of global economic growth with its market of more than a billion people and detailed the steps he has taken to make the country Asia’s third-largest economy, after China and Japan. He further said, “Let us create a ‘heaven of freedom’, where there is cooperation and not division, fractures”.

“In India, Democracy, Demography, and Dynamism are giving shape to development and destiny. We believe in progress in a true sense when everyone can walk together to achieve this,” the Prime Minister said in his speech.

India currently is a US$2.3 trillion (S$3 trillion) economy and is poised to be the fastest growing economy in 2018 with a projected growth of 7.3 per cent, ahead of China, according to the World Bank’s Global Economic Prospects report released earlier this month. PM Modi spoke about the flagship Make-in-India programme and some recent investor-friendly reforms that have made the country a favourite with many.

Besides addressing the WEF, Modi also attended a round table dinner organised for interaction with 60 CEOs, including some from India. Of the 60, 40 of them were from 18 different countries and 20 from India. These 60 companies are across 26 different sectors and the market cap of all these companies is US$3.3 trillion. The list includes Airbus group CEO Dirk Hoke, BAE Systems chairman Roger Carr, IBM chairman, president and CEO Ginni Rometty, Carlyle Group co-founder and co-CEO David Rubenstein and other top executives of General Motors, Salesforce.com, Royal Dutch Shell, BASF, Nestle and JPMorgan Chase. A report said that business leaders who were present at the round table dinner are all members of the International Business Council, which is part of the WEF.

The four-day event concluded with a closing addressed by US President Donald Trump. Listed as the Special Address by Donald Trump, President of the United States of America’ on the WEF programme, the speech became the final address made by any world leader at this year’s event.

In a statement on its website before the closing ceremony, the WEF said, “The engagement of the President will allow participants to get a direct perspective on US political and economic priorities. According to White House officials, Trump will tell the gathering in Switzerland that “America is open for business” and that the President “wants the world to invest in America and create jobs for hard-working Americans”. 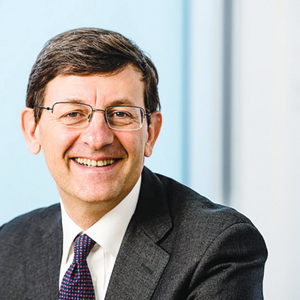 During his speech at a WEF Governors meeting, Vittorio Colao, Vodafone Group Plc‘s CEO, complimented India and Prime Minister Modi’s government for a marked improvement in the ease of doing business in the country during the last four years.

After the meeting, Colao elaborated and said, “Digital India and Make in India are transformational initiatives. The focus of Prime Minister Modi’s government and India’s new progressive policy framework are ensuring their successful execution. India’s enhanced economic liberalisation will bring more international investment into its growing economy, which will in turn generate exciting opportunities and boost job creation.”

Within the telecom sector specifically, Colao said “India has significantly increased the amount of spectrum which is now available to operators. The proposed increase in spectrum caps will further hasten the roll out of networks to the benefit of customers, government and industry.”

“Simplicity and transparency are key to the reforms introduced and this has been recognised by the significant improvement in India’s position in the Ease of Doing Business global rankings. The swift progress we have made in just under a year towards the completion of our merger with Idea Cellular is testimony to this fresh approach. India has a clear set of well-defined M&A rules and we are seeing their fair and speedy implementation,” said Colao.

A panel of leaders from government, business and civil society as part of a panel at the World Economic Forum Annual Meeting 2018 agreed that stemming sexual harassment is a global issue that requires collaboration between the public and private sectors to empower women. The panel of experts discussed behavioural and social changes that are most effective in fighting abuses of power and sexual harassment.

While the #MeToo movement has certainly brought renewed attention to this topic, panellists agreed that sexual harassment, power imbalance and abuses of power are not new, and affect women worldwide.

Dacher Keltner, Professor of Psychology, University of California, Berkeley, argued that power corrupts men more than women, which can lead to abuses of power in the workplace. For men, power tends to amplify their tendencies to sexualize interactions, which can lead to abuses of power. For women, power tends to enhance their tendency to be more collaborative. While progress has been made towards more collaborative models of leadership, Keltner underlined that “our concepts of who should be a leader are lagging behind.”

If women are to be empowered in the workplace, leadership qualities must be redefined. Peggy Johnson, Executive Vice-President, Business Development, Microsoft Corporation, agreed that businesses should highlight leadership characteristics such as collaboration and empathy to expand the notion of who a leader could be. “I think for too long we were weighted towards the more aggressive [qualities] and so, if you had those, then you were put into positions of power; and, if you didn’t have those, you weren’t, and that affected females far more than men.”

One concrete action that can help redefine leadership is changing the way women are represented in the media. “If you can’t see her, you can’t be her,” said Lisa Sherman, President and Chief Executive Officer, Advertising Council. “Images in the past were perpetuating stereotypes. I think now there is a real pressure for that content to reflect the reality that women are very diverse in every way, and we should continue to put positive, empowering images of women out there.”

“There need to be more women in power. Both the private sector and the government need to do their part,” summarized Elisabeth Bumiller, Washington Bureau Chief, New York Times.