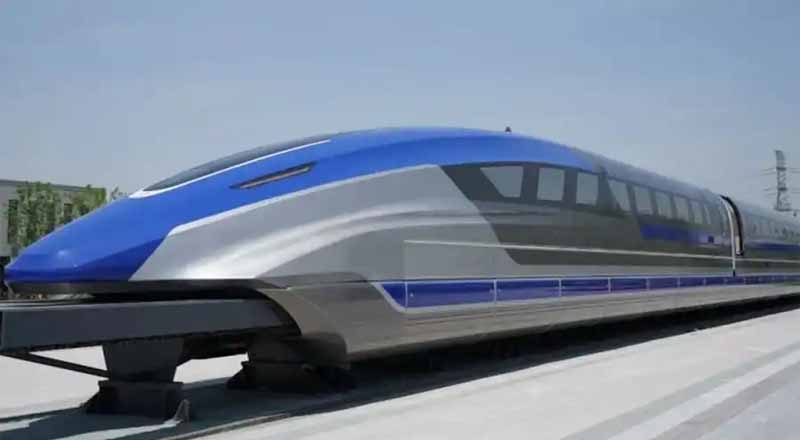 The train appears to be “floating” thanks to an electromagnetic force that sends it gliding above the tracks. A maglev bullet train that can reach speeds of 600 kilometers per hour (373 miles per hour) has made its debut in Qingdao, China.

A prototype of the new maglev train was revealed to media in 2019. That same year, China announced ambitious plans to create “3-hour transportation circles” between major metropolitan areas.

High-speed rail is a major priority in China, which aims to connect more of its large cities by train to reduce the time and expense required to travel around the world’s most populous country.

The train looks like it is out of the future, and its state-of-the-art technology makes it seem like it runs in the air. It would shorten the 1000 km distance between Shanghai and Beijing to just 2.5 hours.