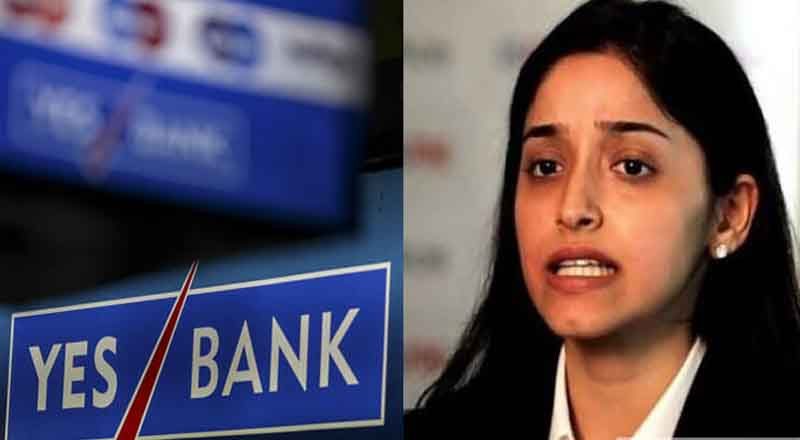 Yes Bank founder Rana Kapoor’s daughter Roshini Kapoor was stopped on Sunday from leaving the country at Mumbai International Airport. She was going to London by British Airways.

She was stopped at the airport as a Look Out Circular (LoC) was issued against her by the Enforcement Directorate (ED).

The LoC requires immigration authorities to intimate the issuing agency before they allow the passenger to travel to any international or domestic location. The reasons for her travel were not known immediately.

Roshni Kapoor was asked to join the investigation in the case by the ED after she was intercepted by immigration authorities, officials told news source.

The latest development comes in the backdrop of ED officials claiming that Rana Kapoor, Yes Bank’s former MD and CEO, and his family members allegedly set up over 20 shell companies to receive kickbacks.

A senior ED official on requesting anonymity told news source, “Kapoor and his family members, including his wife Bindu and three daughters, had set up more than 20 shell companies that were allegedly used to receive kickbacks.”

He said the money received through kickbacks was used to invest in properties.

An ED source told the news source on Saturday that the residential premises of Kapoor’s daughters were being searched.

Rana Kapoor was handed over to the Enforcement Directorate till 11 March by Mumbai’s Special Holiday Court on Sunday.

While making a request for five-day custody of Kapoor, the ED made a “verbal submission” to the court detailing the alleged financial irregularities of Yes Bank and DHFL.

As the ED believes that Kapoor took advantage of his position to benefit his daughters’ companies, hence custody of Kapoor is needed to investigate his and his daughters’ role in the matter, said the lawyer representing ED.

The agency argued in court that many family companies are involved and there are also some cases of quid pro quo made out of the case.