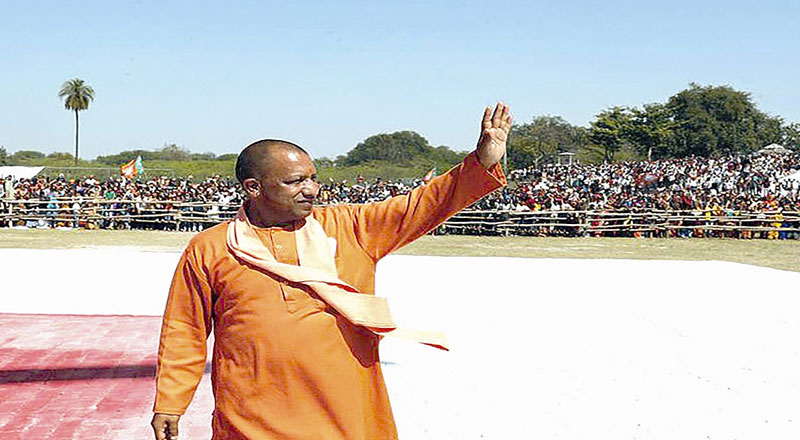 The newly sworn-in Yogi Adityanath government in Uttar is likely to present its first Budget of over Rs 6.5 lakh
crore focusing on fulfilling BJP’s poll promises “for the empowerment of the poor, farmers, youth and women”, said the Chief Minister’s Office on Monday.

Chief Minister Yogi Adityanath on Monday held a meeting with the top officials of the Excise, Finance and Revenue Department regarding the first budget to be presented by the new Yogi government. He instructed the top officials to prepare the new budget keeping in mind all the main points of the manifesto.

According to the statement by the Chief Minister’s Office, the upcoming budget of the Yogi government will be based on good governance, security, and development, with an aim to take the state to newer heights. The upcoming budget will focus on the empowerment of the poor, farmers, labourers, youth, and women.

The first upcoming budget of the Yogi government will be based on the BJP’s Sankalp Patra’ announced before the elections.

The Budget is likely to be focused on providing free electricity for irrigation to farmers, two free cylinders in Holi and Diwali under the Ujjwala scheme, free transport travel facility to senior citizen women, free scooty to meritorious girl
students under the Rani Laxmibai scheme.