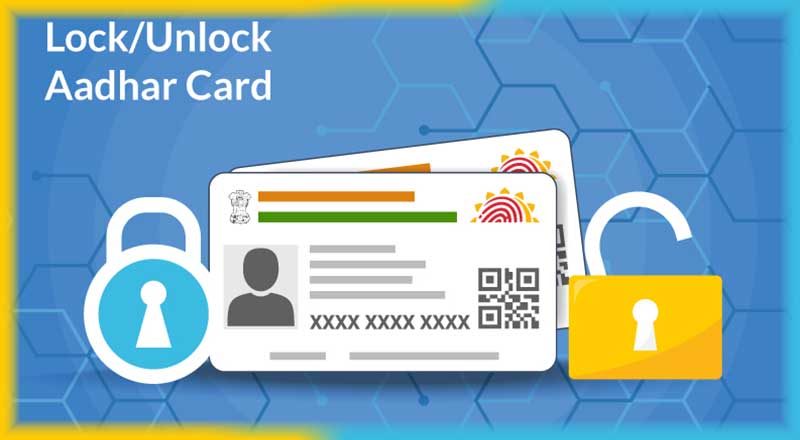 Aadhaar card is is unique number been issued to the card holders and it is mandatory for many services stating from filing of income tax, to linking with pan card. It is also important to have a registered Mobile Number linked to the 12-digt identification number.

The 12-digit Unique Identification Authority of India or UIDAI number is getting into the hands of fraudsters who are adept at online banking fraud by fishing out the important data of the Aadhaar card holder is a reason for worry.

How to operate the Lock and Unlock Aadhar Number :

-Send SMS to 1947 from your registered mobile number to get OTP. The SMS has to be in the format of GETOTP followed by the last four digits of Aadhaar card number.

-After the SMS, the UIDAI will send 6 digits OTP on your registered mobile number.

-After receiving the six digit OTP, one needs to send another SMS in the text format LOCKUID followed by the last four digits of Aadhaar card number 6 digit OTP.

-Once the SMS is sent, the UIDAI will lock your Aadhaar Card and send a confirmation SMS in reply.

Similarly, one can unlock one’s Aadhaar card when they download their new Aadhaar Card.

How to unlock Aadhaar card

-Send SMS at 1947 to receive OTP. SMS text format will be GETOTP followed by the last six digits of your VID or Virtual ID number.

-The UIDAI will send a six digit OPTP in reply to your SMS.

-Send another SMS after the receipt of the OTP. SMS text format will be UNLOCKUID followed by the last six digits of VID or Virtual ID number and six digit OTP.

-After receiving your second SMS, the UIDAI will unlock your Aadhaar Card number by sending the confirmation message in reply to your SMS.

As the data breaches have become very much frequent, the Unique Identification Authority of India (UIDAI), has come to the rescue of Indian citizens. UIDAI Takes A Measure To Prevent Adhaar Fraud!