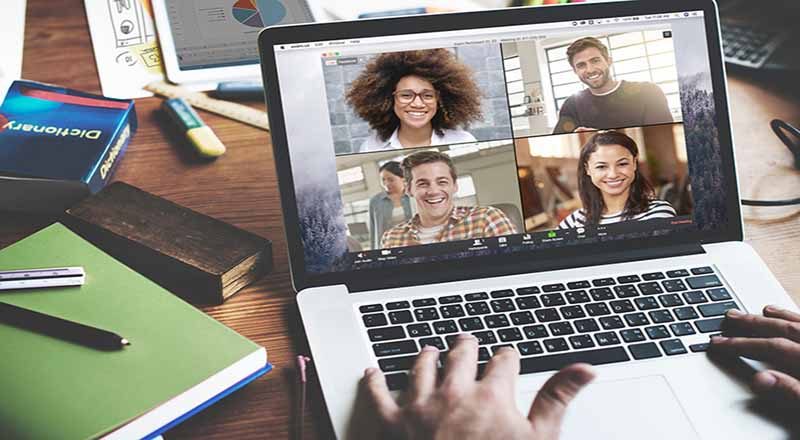 Zoom’s daily meeting participants surged from 10 million to 300 million in the first four months of 2020 as the pandemic forced more people to stay at home, so it wasn’t surprising for Zoom scale up its infrastructure.Zoom has turned into a household name during the Pandemic lockdown . Amid the continued state lockdowns, the video conferencing platform has become a lifeline for schools and businesses and a gathering place for virtual cocktail hours, birthday parties, workout classes and even weddings. And that hasn’t escaped the notice of some of the world’s biggest technology companies, including Facebook and Google.

Zoom recently set a 90-day plan for rectifying its security issues with the help of cybersecurity firms Crowdstrike and DarkTower, as well as former security experts from Facebook, Microsoft, and Alphabet’s (NASDAQ:GOOG) (NASDAQ:GOOGL) Google.

Zoom didn’t disclose the size of its deal with Oracle, but Oracle noted it was routing traffic for “millions” of Zoom’s meeting participants and pushing up to seven petabytes of data — equivalent to 93 years of HD video — through its cloud servers every day. That increased computing power could help Zoom compete more effectively against a growing list of rivals, including Cisco’s Webex, Facebook’s Messenger Rooms, Tencent’s VooV Meeting, Amazon’s Chime, Microsoft’s Skype, and Google Meet. Those platforms are all extensions of larger ecosystems — and Zoom could struggle to keep pace as the video conferencing war heats up.

The intensifying competition means consumers will have more choices for group video calls. But there are also long-term implications for the market and whether user demand will support multiple providers — or if a single winner will emerge.

To measure its success, Zoom (ZM) has turned to a metric known as “daily meeting participants,” or the number of people Zoom hosts in meetings during a given day. (It’s not quite the same metric as “daily users,” because one user can participate in several meetings throughout a day.)

That makes Facebook in particular a massive competitor to Zoom with a large, built-in audience and a strong consumer brand.

The announcement on Zoom to came up with robust security 5.0, A new Zoom 5.0 update is rolling out this week that’s designed to address some of the many complaints that Zoom has faced in recent weeks. With this new update, there’s now a security icon that groups together a number of Zoom’s security features. You can use it to quickly lock meetings, remove participants, and restrict screen sharing and chatting in meetings.

With this fact, I don’t see Zoom losing steam anytime soon and consumers would continue to reinvent more from Zoom.