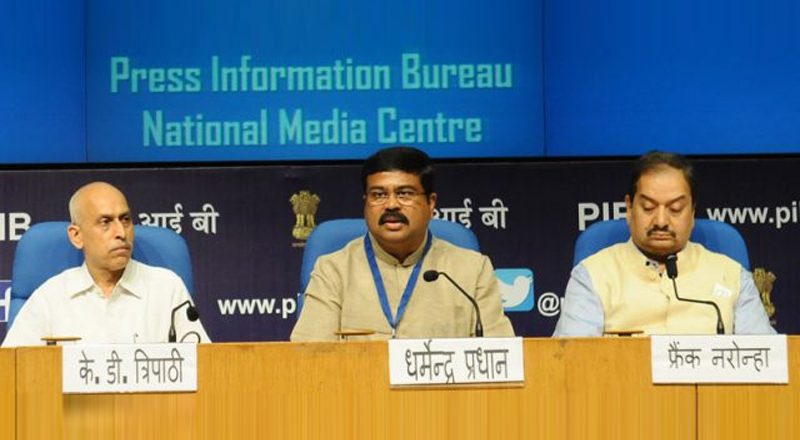 Over 2.20 Crore connections have been given in the first year of Pradhan Mantri Ujjwala Yojana (PMUY) scheme to BPL families says Minister of State for Petroleum and Natural gas, Dharmendra Pradhan.

PMUY was launched on 1st May, 2016 at Ballia, Uttar Pradesh by Prime Minister Narendra Modi.

In the financial year 2016-17, Oil Marketing Companies have given 3.25 Crore new connections across the country. This is the highest ever LPG connections released in any given year taking the total number of active LPG consumer base to over 20 Crore.

Pradhan said that the LPG demand in the country has registered a growth rate of more than 10 per cent. More than 4,600 new distributors have been added in the last 3 years which have come up primarily in rural areas.

Speaking on the key features of implementation of PMUY, Pradhan said that 85% of the new consumers have come back for a refill. About 38% of the beneficiaries in PMUY are from SC/ST category.

“PMUY has been implemented in a participatory mode involving beneficiaries, elected representatives, distinguished personalities, local administration etc. A differential communication strategy to popularize the scheme as well as educating beneficiaries on safety norms through regional languages was carried out. There is a 360-degree engagement and also monitoring of the implementation of the scheme,” added Pradhan.

Pradhan said PMUY has become a social movement with the beneficiaries coming forward in large number to apply and get the cylinders installed.