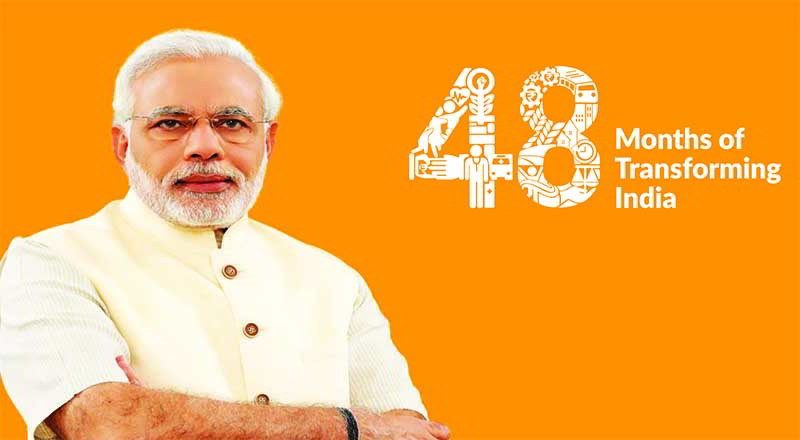 With every citizen feeling involved in India’s growth trajectory, 125 crore Indians are taking India to great heights, according to PM Narendra Modi. Aadhaar based subsidy reforms along with the Jan Dhan Yojana did help the economy with more monetary inflow –

The Modi Government entered into its fifth year on 26th May 2018 and has successfully completed 48 months. At the time Narendra Modi took oath as the new Prime Minister of India, the economy was in shambles as back to back scams and scandals created a logjam in the Indian economy. Not only that, the country faced huge trust deficit from the investors. A million dollar question is whether the economy followed an upward curve under the Modi government.

While BJP is launching a fortnight-long programme to celebrate its achievements, opposition parties have come out in unison criticising the Modi-led government. BJP provided the most hardworking Prime Minister and the most popular leader in the world to the country, a PM who works for 15-18 hours a day.

In the last 4 years of leadership of PM Narendra Modi, India has transformed from being a part of the “fragile five” to a “bright spot” on the global economic scene. “A regime of policy paralysis has been transformed into one of decisions and actions”, tweeted Finance Minister ArunJaitley.

The four years of Modi government has set India on a transformational path. The vision of Good governance and good economics have been blended with good politics. Over the last four years, development has become a vibrant mass movement, with every citizen feeling involved in India’s growth trajectory.

“125 crore Indians are taking India to great heights!” Modi said in a series of tweets. The focus of the government will now be on consolidation of the initiatives taken in the past.The result of this has been that the BJP is more confident, its geographical base has become much bigger, and its social base has also expanded.

Transformation to a New India –

2. Insolvency and bankruptcy code (IBC) was a good move.

3. Bold decision on demonetizing 500 and 1000 rupee notes was again a strong decision.

4. The Benami Transactions (Prohibition) Act of 1988 was amended in 2016. The official data shows that more than 900 properties worth more than Rs 3,500 crores were attached after amendment.

5. Land and labour reforms saw the light of the day.

6. Successful implementation of the Jan Dhan Yojana. The Jan Dhan Yojana served the banking needs of the unbanked by opening 31.52 crore Jan Dhan accounts. As per the World Bank Findex report, India accounts for 55% of new bank accounts opened globally between 2014-17. The Indian postal payment bank too played a key role in taking the banking systems to the doorstep of the poor & the unbanked. 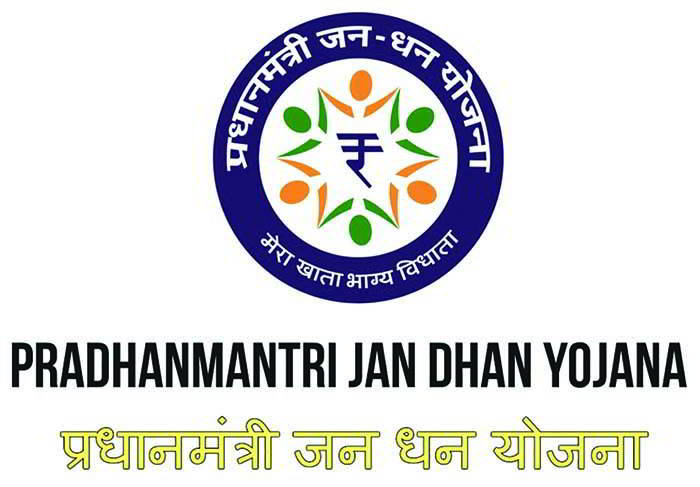 7. Rural electrification of 18,000 villages and building of toilets under the Swachh Bharat Mission.

8. The Ujwala Yojana for LPG connectivity to poor homes in rural India. 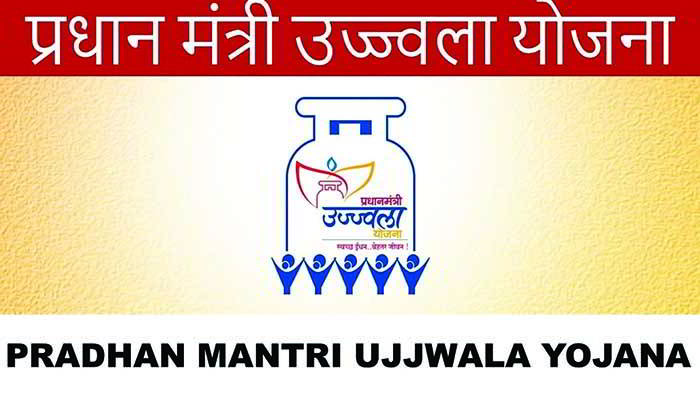 10. On the economic front, opening up of FDI in defence and insurance.

11. The Swachh Bharat Mission brought about a Sanitation Revolution, where over 3.6 lakh villages, over 17 States/UTs declared open Defecation Free. Sanitation coverage went up to 38% in 2014 to 83% in 2018. 7.25 crore toilets have been built till date.

12. Direct Benefit Transfer or DBT is an attempt to change the mechanism of transferring subsidies launched by Government of India on 1 January 2013. This program aims to transfer subsidies directly to the people through their bank accounts. It is hoped that crediting subsidies into bank accounts will reduce leakages, delays, etc. Over Rs.69, 815 cr. to Rs.3, 65,996 cr. have been directly transferred into bank account of 20.14 cr beneficiaries under 431 schemes.

13. The major step taken by the Narendra Modi government in the fight against black money was the implementation of the GAAR (General Anti-Avoidance Rules) that came into force on April 1 last year.

The Lokpal and Lokayuktas Act, 2013, features provisions to establish a Lokpal at the Centre, and Lokayuktas in states, to look into cases of corruption against public servants, including legislators and the Prime Minister, but excluding the armed forces. Under the provisions of the act, property acquired through corruption can be attached and confiscated even in the instance of a pending prosecution.

14. The Double Taxation Avoidance Agreement (DTAA) with Mauritius was amended. The government could now levy a tax on the capital gains from sale or transfer of shares of an Indian company acquired by a Mauritian tax resident. It was an effective step towards blocking Mauritius’ route of money laundering and black money generation.

16. Building 100 new smart cities enabled with the latest in technology and infrastructure adhering to concepts like sustainability, walk to work etc, and focused on specialised domains is again an ambitious project. Urbanisation is well established as a growth multiplier. Prime Minister Narendra Modi said that development has become a vibrant mass movement and he will continue to serve the people as it is always “India First” for him. “On this day in 2014, we began our journey of working towards India’s transformation,” said Modi.

17. Among the first few major decisions by the new government was also the one to replace the Planning Commission with a think tank called the Niti Aayog.

• Robust foreign Policy
The most significant achievement in India’s foreign policy has been to build a closer strategic relationship with the United States. India’s ‘Look East’ policy also got a boost with the country strengthening its relationship with Japan, Vietnam and Australia, and in bringing them closer to align with India’s strategic goals. Another significant achievement of India’s assertive diplomacy was in isolating Pakistan in the global community and shaming it for its role as a state sponsor of terrorism. The Modi government has strengthened its relationship with Bangladesh, and is working hard to stave off economic assertion by China in the Indian subcontinent and the Indian Ocean region.

• GST
The Goods and Service Tax (GST) introduced from July 2017 has been one of the most significant reforms of the Modi government. The implementing of GST has created a single common market in India by subsuming several different taxes into a single tax applicable pan-India. The move has helped in removing the cascading impact of different taxes. With the introduction of GST, states can expect their revenues to increase, especially those that do not manufacture goods and rely on supply from other states. At present, GST is a four-tier tax slab system and there are plans at reducing the number of slabs further.

• Social Welfare Schemes
The Modi government has gained popularity with the smooth running of Pradhan Mantri Jan Dhan Yojana (PMJDY). PMJDY is the world’s largest financial inclusion program aimed to bring the weaker and marginalized sections of the society into the banking system, and enable them to receive financial benefits from the government directly into their bank accounts. As on May 2018, 31.60 crore beneficiaries have been covered under the scheme. The total deposit collected as a result of their opening of savings account is Rs 81,203.59 crores. 23.80 crore have received RuPay Debit Cards and can now access ATMs. Other countries are now studying the model to possibly implement similar projects in their respective countries.

Two more compliance windows were provided by the government – first under the Income Declaration Scheme (IDS) in 2016 and then the Pradhan Mantri Garib Kalyan Yojana (PMGKY) the next year, after demonetisation. These two schemes yielded Rs 72,200 crore as disclosed by 92,000 persons.

The UIDAI project is a 12-Digit Unique Identification Number given to Indian residents, based on their biometric and demographic data. It is the world’s largest ID system implemented. Started under the UPA II regime, the Modi government has significantly advanced its implementation.

The Aadhaar Card allows the holder to use it as a Proof of Address though it does serve as proof of citizenship. As on November 2017, 1.19 billion Aadhaar cards had been issued, covering 99 percent of the population. 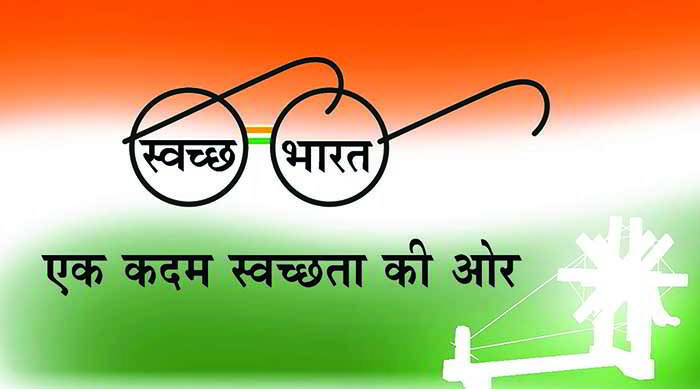 It is yet another initiative unmatched anywhere in the world. The program is a movement against open defecation and helps people build toilets in joint participation with the government. As of April 2018, 46, 36,128 individual toilets and 306,064 community and public toilets, have been constructed across the country.

Creation of the Lokpal

The Modi government is just one step away from appointing a Lokpal – a decision that is expected to be used to re-emphasise Modi’s promises of “zero tolerance against corruption” and of running a “scam-free” government.

A report says, the proposal was cleared by a group of ministers headed by Home Minister Rajnath Singh, and is now awaiting the final nod from the Prime Minister’s Office. Highly-placed sources in the Home ministry said the decision to go ahead with the appointment of a Lokpal was taken despite the fact that the Lokpal and Lokayuktas Bill, 2013, will need key amendments going forward. The amendments can, however, take place in due course, even as the government begins the process of appointing the Lokpal – a long-drawn process that can take anywhere between six to eight months. However, since there’s no leader of the opposition in the Lok Sabha, it remains to be seen if the government succeeds in appointing a Lokpal of its choice.

A five-member panel comprising of the the Prime Minister, the Lok Sabha Speaker, the Leader of the Opposition, the Chief Justice of India and an eminent jurist nominated by the President is supposed to select the Lokpal. The Lokpal is to consist of a chairperson and a maximum of eight members, half of whom shall be from the higher judiciary. The chairperson may be either a serving or a retired Chief Justice of India, or a judge of the Supreme Court, or an eminent person. All states were required to establish a Lokayukta within one year of the law being made.

Overall, it is really an eventful programme among many that the Modi government has to its credit. The government needs to continue the efforts to bridge the gaps in certain sectors by bringing more actionable things in place as the General Elections of 2019 are knocking at the door.

Despite the various progresses, there have been a few hits and misses of the current government. The State Bank of India recently reported that its largest ever loss stood at Rs 7,718 crore in a quarter. It was the fifth successive public sector bank to report a loss, a rise in provisions and a higher level of bad loans. PSBs account for the bulk of bad loans worth over Rs 9.00 lakh crore in the system. At least five defaulters of the Nirav Modi kind have absconded in the past four years. Every third public sector undertaking or 75 of the 244 PSUs are in the red, losing over Rs 25,000 crore. In the past five years, PSU losses added up to over Rs 1.06 lakh crore. The issue is not about government ownership, but more about political management of government enterprises.

A question comes as why not to disinvest in favour of the public-the stupendous rise of stock markets offered an opportunity to do so—and create a Sovereign Fund for the government’s holdings so that the PSUs are corporatized and professionally managed.