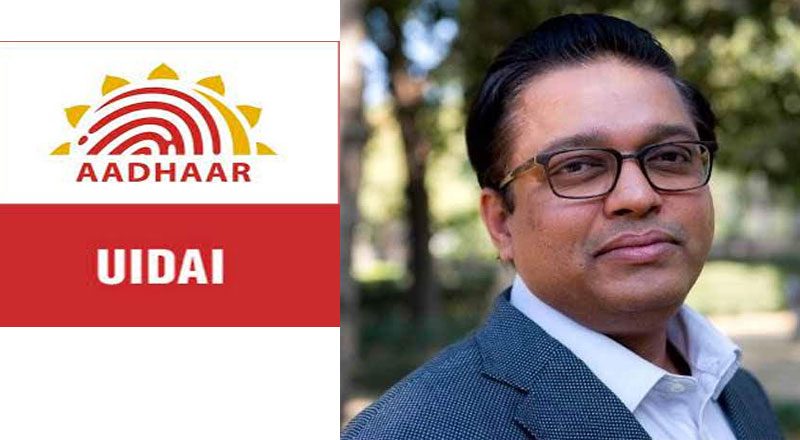 I think Aadhaar has now become the core of India’s digital public infrastructure and it has changed the digital landscape of the country over the past decade. The authentication infrastructure that Aadhaar has brought about by providing an anytime-anywhere verifiable identity has really transformed the way programs can be delivered.

Along with this, other additions have been done. For example, the JAM trinity of the Jan Dhan accounts, Aadhaar, and mobile has revolutionized the transparent and targeted delivery of services. So, I think in the last 10 years, because of Aadhar, we’ve been able to conceptualise programs in a manner we couldn’t even think of earlier.

It has brought transformation over the past decade has been the introduction of the Aadhaar Act in 2016, which lent a different kind of legal standing to the organization and what it does.

The scrutiny that it had in the Supreme Court and the Supreme Court’s orders which have in a way set the framework under which Aadhaar works-the framework has been very well set–and the issues of information security and privacy which were always there, have become codified to a much greater manner than what they were perhaps before the act came into being.

So, due to this, I think the legal standing of the organization has become much firmer; that has also led to an explosion in the activities that it has been a part of. The fact that Aadhaar has become a financial address by the use of Aadhaar enabled payment systems and the Aadhaar payment bridge has really revolutionized the financial landscape in the country.

Today, Aadhaar provides the backbone. Three core principles of Aadhaar remain in terms of minimal information, optimal ignorance, and a federated database. You mentioned the concerns of privacy, those are issues which Aadhaar is very well cognizant of, and that is something that remains uppermost. I just wanted to mention this since it came up in the discussion.

But going forward, the base of Aadhaar and how it started is ‘identity’. We’ve been able to build services around that base of identity for people to be able to make transactions on the basis of the trust which this identity–that’s the core principle of Aadhaar; the core value that Aadhaar brings into the business system is the trust in any transaction, whether it is from an individual to another individual or from an individual to a business. trust and the ability to verify that identity is going to be the basis for future growth.

Today, digital banking and commerce are well entrenched in Aadhaar’ the capabilities of Aadhaar are being used for those. Going forward, different regulators are also working on it, whether it is the Securities and Exchange Board of India or the Insurance regulator or the Pension regulator. These are the areas where the identity of the investor and the person getting insured need to be verified and trusted. I think that increasing growth will come from using the infrastructure available due to the Aadhaar ecosystem.

Aadhaar is only provided to a person who is a resident. There is no proposal to have Aadhaars extended to inanimate objects. Aadhaar, as its Act makes it very clear unto whom an Aadhaar can be issued, and that is a resident. the resident is also defined in the Act. In the Act or in other Acts, there is a definition of resident.

Responding to the questions of Yatish Rajawat, Aadhar CEO said, so I don’t think there’s a move to give Aadhaar numbers to inanimate objects. You can perhaps provide the Aadhaar residents the facility where their identity is added to others. But, as far as we are concerned, we only give Aadhaars to a resident.

The Aadhaar Act very clearly ensures on the three core principles that we operate on: minimal information, optimal ignorance, and federated databases. We don’t collect or receive any information from any service provider.

Our job is to provide the authentication and verify whether the person who they claim they are, whether they are actually that or not. But on the Aadhaar public infrastructure, people can build on that but UIDAI will not build. UIDAI will remain ignorant of the purpose and this is to ensure that there is no information database that is built into the UIDAI system. But, with the consent of the residents, other organisations can build on the Aadhar infrastructure, and provide some value-added services. But what will remain core to that–it can only be done with the consent of the residents. The voluntary nature of these activities will definitely be there.

Finally, the UIDAI principles are very clear. Number 1, we remain ignorant of the use of what the data is. Also, we don’t collect data. We are not a repository of data. We provide services as far as the verification part goes.