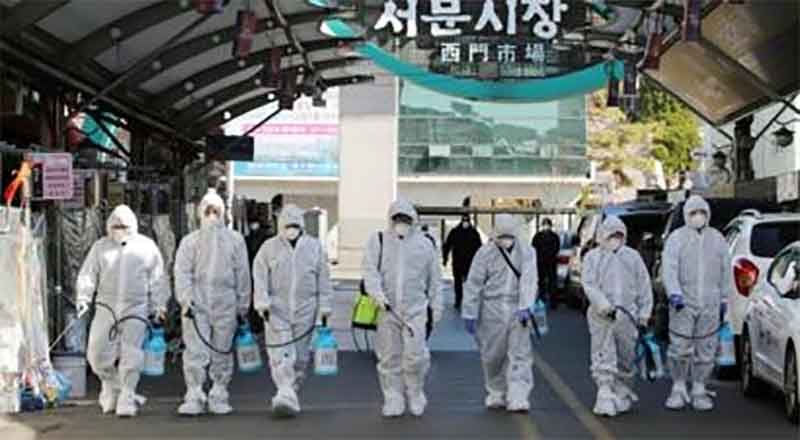 The coronavirus has started taking over South Korea, after China with over 256 new cases being reported. The total patient count has mounted to 2,022, the highest in the world outside China. More than 90% of the new cases were in Daegu — the city at the epicentre of the outbreak in South Korea. So far, 13 people have been killed in the epidemic.

A team of public health experts from the World Health Organisation (WHO) visited Wuhan last week to conduct a detailed probe about the virus which reportedly originated from a seafood market in the city in December last year. WHO experts along with their Chinese counterparts who formed a joint investigation team have held talks with the local health authority in Wuhan and visited relevant healthcare institutions.

Tedros Adhanom Ghebreyesus, Head of WHO said that although 99% of cases are in China, where it remains much an emergency, it also holds a very grave threat for the rest of the world.

China has struggled to contain the current virus despite having placed some 56 million people under effective lockdown in Hubei and its provincial capital, Wuhan. Other cities far from the epicentre have also taken measures to keep people indoors, limiting the number of individuals who can leave their home.

China has opened a new hospital built in 10 days, infused cash into tumbling financial markets and further restricted people’s movement in hopes of containing the rapidly spreading virus and its escalating impact.