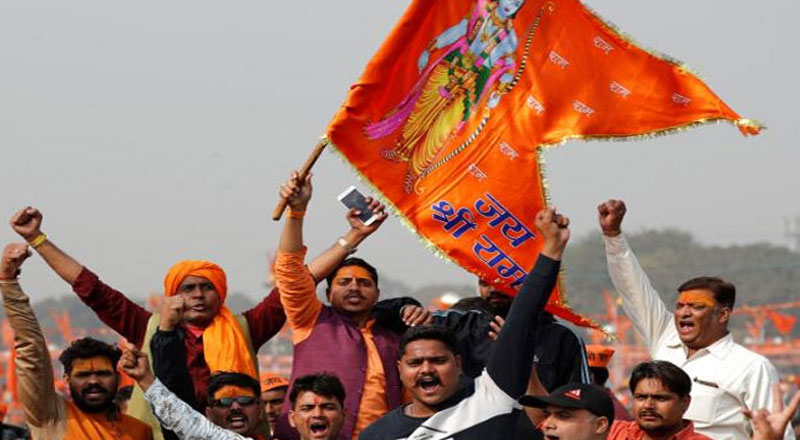 Five days after the Ram Navami JNU campus clash, Hindu Sena has put up a saffron flag at the main gate of the university.

Right-wing organisation Hindu Sena has allegedly put up a saffron flag at the main gate of the Jawaharlal Nehru University. The organisation also allegedly pasted posters around the campus, on which “bhagwa JNU” (saffron JNU) was written.

Police have registered an FIR against unidentified ABVP members on the complaint of some students. ABVP members have also lodged police complaints. One of the students said that he was attacked despite being physically challenged.

The JNU administration has initiated an independent probe into the incident and has warned students of action over the incident. The varsity has also urged the students to maintain peace.