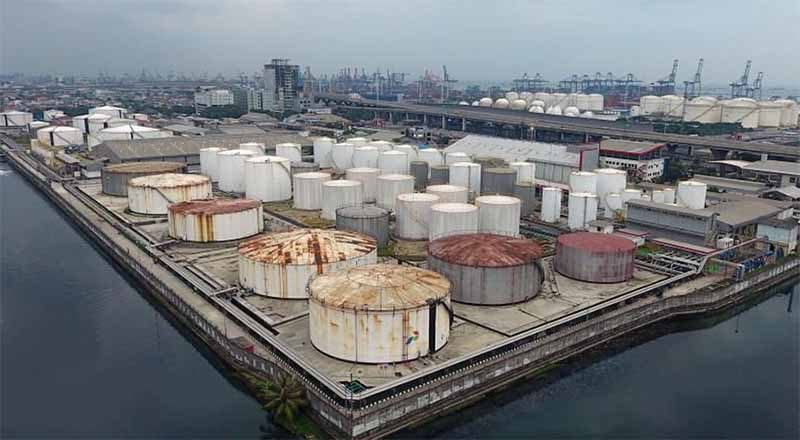 The space to store crude and refined fuels, has run out as a result of fast expanding glut that has been caused by coronavirus, says world’s biggest independent oil storage firm, Royal Vopak.

“The available capacity on the oil side is almost completely sold out for our terminals,” Gerard Paulides, the Chief Financial Officer of Royal Vopak NV, said in an interview.

“For Vopak, worldwide available capacity that is not in maintenance is almost all gone and from what I hear elsewhere in the world we’re not the only ones.”

The firm is racing to complete maintenance to free up whatever space it can. Worldwide oil demand has collapsed at an unprecedented speed because the pandemic virus has caused a mass halt to global transportation systems and hurt economies. With producers failing to reduce output at the same pace, an oversupply of crude and fuels has quickly emerged.

U.S. crude oil futures for May moved into negative territory; meaning traders were effectively willing to pay people to take barrels. A large part of that was because of concerns about space to store. During yesterday’s session, traders were left desperate to avoid having to take delivery of actual oil because nobody needs the supply and there are fewer and fewer places to put it.

Vopak operates three main hubs worldwide in Singapore, Rotterdam and Fujairah. The company traditionally benefits from contango in oil and fuel markets where the spot price is depressed, meaning oil can be stored for sale later at a higher price. The company said in its earnings release today that the impact of contango will certainly be seen in the second quarter.

Vopak, which has limited exposure to the U.S., is working at a fast pace to bring back from maintenance at four tanks in Rotterdam. “All the available capacity that is in demand will be used and is used,” Paulides said.