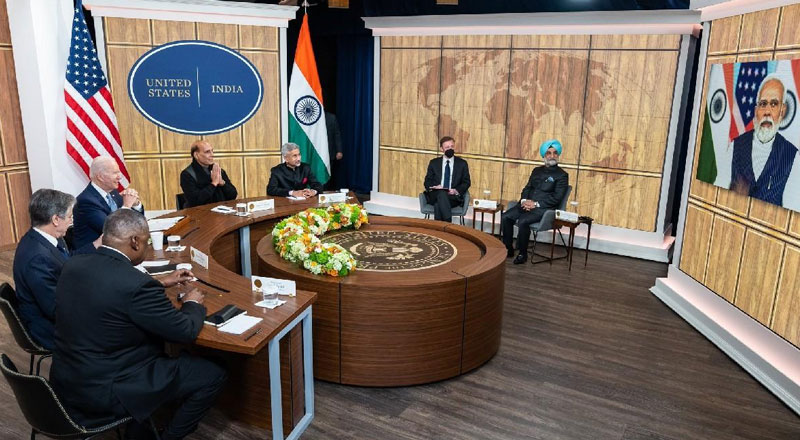 In a virtual meeting held between US President Joe Biden and Prime Minister Narendra Modi, the Ukraine conflict was discussed in detail. PM Modi described the situation in Ukraine worrying, while also informing Biden of India’s evacuation mission under which more than 20,000 Indian nationals were brought back from the war-torn country.

“The situation in Ukraine is worrisome. We have succeeded in evacuating more than 20,000 Indian citizens. I have spoken with Presidents of both Ukraine and Russia over telephone, several times. I not only appealed to them for peace but also suggested President Putin to hold direct talks with the Ukrainian President. Detailed discussions were held over Ukraine, in our Parliament,” PM Modi told Biden.

“We hope peace will be brought through talks. We have also sent humanitarian aid to Ukraine,” the prime minister said.

Prime Minister Narendra Modi also condemned the killings in Bucha town where 20 civilian bodies were found on the street and more than 100 mass graves were unearthed. “Recent news of the killing of innocent citizens in Bucha city was very concerning. We immediately condemned it and also demanded an impartial probe. We hope that through the talks between Russia and Ukraine, a path for peace will come out,” Modi said.