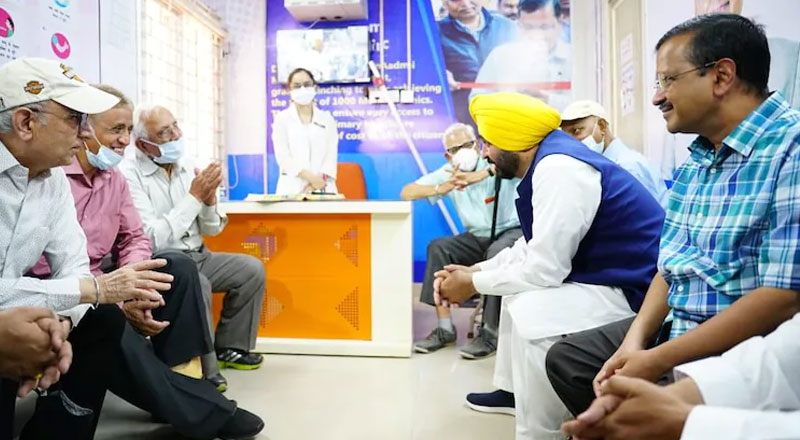 Punjab Chief Minister Bhagwant Mann on Monday visited Mohalla Clinics and schools in Delhi and announced that the “Delhi Model” would be implemented in the state.

Punjab Chief Minister Bhagwant Mann on Monday visited Mohalla Clinics in Delhi on his two-day visit to learn about the functioning of the healthcare facilities as well as the education model of the schools in the national capital.

Mann visited the Mohalla Clinic in Greater Kailash, Chirag Enclave accompanied by Delhi CM Arvind Kejriwal and Delhi Health minister, Satyendra Jain, where he interacted with the doctors, paramedics and patients to have vital inputs regarding the performance of these clinics.

The Punjab CM also visited the Rajiv Gandhi Super Speciality Hospital at Dilshad Garden where he inspected the Critical Care Unit (CCU) besides interacting with the doctors after a detailed presentation. Mann, along with his Delhi counterpart Arvind Kejriwal, inaugurated the emergency services wing of the hospital.

where he had detailed interaction with the students and even praised the state-of-the-art infrastructure.

After the visit, he announced that Punjab would soon modernize the entire school education and health sector on the pattern of the Delhi model as promised by the Aam Aadmi Party during the run up to the assembly polls in the state.