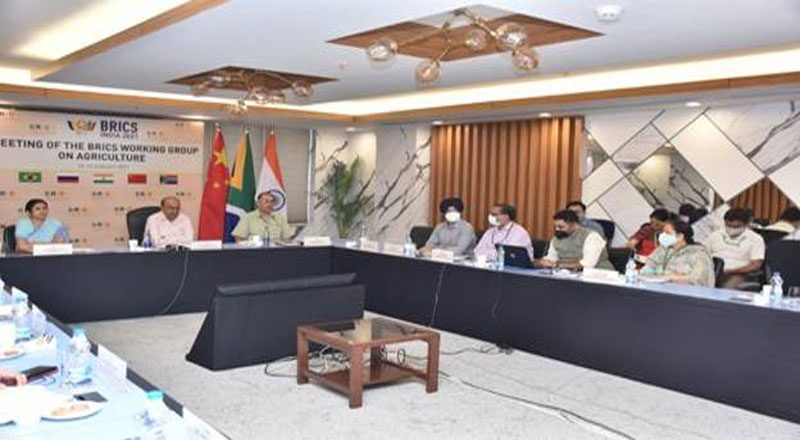 Meeting of the BRICS Working Group on Agriculture held

India has the BRICS Chair for 2021

The implementation of the UN 2030 Agenda for Sustainable Development noted that BRICS countries are well positioned to take a leading role in helping to achieve the objectives of the 2030 Sustainable Development Goals to eradicate hunger and poverty. The strong agricultural research base in BRICS countries and the need to harness and share knowledge, facilitate transfer of technologies from lab to land to provide improved solutions for enhanced productivity, especially in the face of climate change, maintaining agro biodiversity and ensuring sustainable use of natural resources was acknowledged.