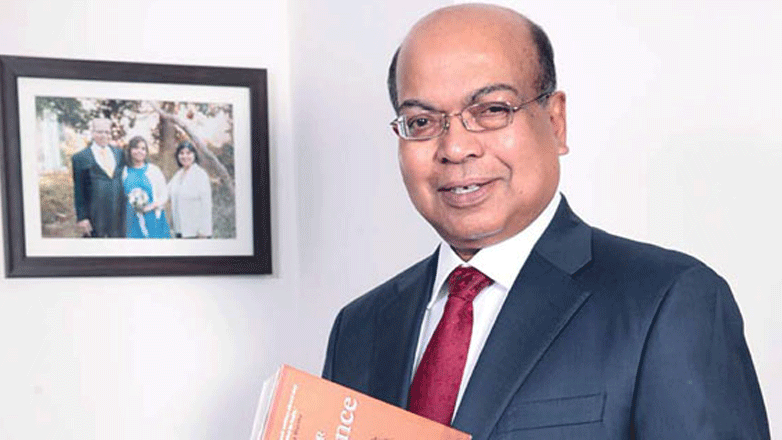 A report published by India’s NITI Aayog estimates that India’s ICT sector would touch a turnover of one trillion dollars by 2025 and would become a major plank of the business sector contributing to 20% of the GDP. A McKinsey report, which was released recently also endorsed that view.  Like in any other case, there are skeptics and votaries of the estimates. Skeptics say that to reach that figure for the digital economy, ICT segment which consists of software, electronics hardware and telecom, has to grow at an accelerated space, which they feel may be difficult, given by the not so stellar performance of the electronics hardware segment, even if the software and telecom can catch up with the stiff production targets. However, votaries who hold that the estimate of one trillion dollar digital economy is possible by 2025,  feel that there is a possibility of the digital economy touching that magic figure, if not something closer to that figure,  aided by a number of initiatives being taken by the government and its spill over to the private sector.

It is important to analyze the validity of the arguments aired by the optimists. Foremost is the recent incentives being granted by the government to the electronics hardware sector, such as production linked incentives (PLI), doles of phased manufacturing programs to help  attract global electronics giants into  India and capital subsidy schemes extended to investment in chips and semiconductors. These incentives could help in catalyzing domestic capacities. To prove that point, they point out that a few years ago, India was a net importer of mobile phones, which was a drain on India’s foreign exchange resources. Now, India is exporting mobile phones to various destinations including  the developed world.   That capacity has been built in a relatively shorter timeframe. Similarly, India can build capacities in electronics hardware segments.

Let me try to dissect the electronics hardware sector. In manufacturing, we often hear about brands and how companies try to build and consolidate on brands.

Let us take the example of Apple.  Apple is one of  the most valuable companies in the U.S. with a market cap of over $2  Trillion.  Could we say that they are the manufacturers of high valued and high quality mobile phones which carry the insignia Apple?  If you get to know the internal dynamics of their production processes, one would realize how limited the role of Apple in the production processes.  Apple is a true innovator and millions of customers are willing to pay for its products because of its brand name for the quality, design, and features of Apple devices, making products like the iPhone, iPad, Mac, iPod, and Apple Watch. But Apple is not involved directly in the production of mobile phones.

How does it carry out the  production activities?   Apple has contract manufacturers in different countries, who manufacture the end products for them,  sourcing components and sub-assemblies from over 200 links (vendors) in the supply chain. Its success is due to high standards it maintains, for managing supplier relationships.  Each year,  it releases a progress report outlining its supplier relationship. It maintains meticulously a list of its top 200 and odd suppliers from whom it procures 98% of its requirements. Like the suppliers, its contract manufacturers are carefully chosen, who in turn source the components and subassemblies from component manufacturers certified by Apple. By aligning with supply chains across the world such as design firms, contract manufacturers, component suppliers etc. what Apple does is to lend its name to a product.  Its powerful brand name sells and sells well also. To make things clearer, let me dwell on this concept,  since I feel that this is the concept that India should adopt to surge ahead and to make the digital sector in the country a one trillion dollar industry by 2025. In India, Apple has two main contract manufacturers and they are Foxconn and Wistron, who in turn source their components, design and sub-assemblies from global supply chains, which can also be from India from numerous design and component manufacturing companies, certified by Apple.

Let me further dwell on the contract manufacturers to drive home how interdependent this business model is. Foxconn is  one of Apple’s oldest and largest suppliers, which is headquartered at Tucheng, New Taipei City. In 2018,  Foxconn had 35 supplier locations servicing Apple from Taiwan, China, India, Brazil, Vietnam, and the United States. Interestingly, 29 of its 35 locations are in China. Foxconn has also helped Apple to branch out to India with one location.

Similarly, Wistron is another Taiwan-based company that’s also helping Apple enter and expand in India.    Wistron has five supplier locations with three in China and two in India, which supplies to Apple  printed circuit boards for iPhones. Pegatron is another company rounding out the Taiwan lineup. It has the  headquarters in Taiwan with only one Taiwan supplier location in Taoyuan. Pegatron’s other 17 locations include 12 sites in China along with sites in the Czech Republic, Singapore, Korea, Japan, and the United States.

China continues to be a major supplier chain for Apple. Despite  not so cordial relations between China and the US exhortation of its global companies to relocate from China, China   accounts for 380 of the total 809 production facilities of Apple.  Because of the US administration’s pressure, the Chinese companies are setting up production facilities elsewhere in the world, such as Vietnam. These companies include Goertek and   Luxshare to overcome the US stipulations. Apple is also very dependent on many companies in the U.S, such as  3M (MMM), Broadcom (AVGO), Qualcomm (QCOM), Intel (INTC), Jabil (JBL), On (ON), Micron (MU), Texas Instruments (TXN),  Finisar (FNSR), Qorvo (QRVO), Skyworks (SWKS), and Corning (GLW). Samsung  the South Korean company, which is also a competitor to Apple, supplies multiple components, including flash memory used for storing data content, the mobile DRAM used for multi-tasking various applications in devices, and the application processors responsible for controlling and keeping devices running.

I just explained about Apple to discern the dynamics of the electronics hardware sector and how the ecosystems are interdependent.  I want my readers to extrapolate the Apple model to the Indian conditions.  Do we have any global brand comparable to Apple, Samsung, Xiomi etc.?  While I like India should have such big companies at least in the long run, my sincere opinion is that it would take longer years to have such big brands in the electronics hardware and telecom sectors to emerge. I feel it is difficult to create companies in the ilk of TCS, Infosys and Wipro  in the  hardware sector  even in the medium term, not to speak about the short term.  One option is if TCS or similar software companies expand their business in hardware similar to what Google is trying to do.

Then what  should we do  to make forays into the hardware sector?  My submission is to focus on the verticals where we have capabilities and also low hanging fruits. The immediate areas that come to my mind are hardware design and component manufacturing.  While I feel that engineering design could be the next logical step for India to make a mark in the ICT sector, there should be concerted efforts to create capacities that can catalyze the electronic hardware. For instance, electronics hardware and related cutting edge technologies like AI, IoTs, robotics etc. need sensors and chips. We import chips from various countries including China. Despite talking about creating chip making centers for a long time, we have not made a beginning. The government is giving attractive capital subsidies to chip and semiconductor making companies. Yet, the interest shown by the Indian companies are lackluster.

The next in importance is component manufacturing. More and Indian companies should come in the component manufacturing sector. They should produce not only for Indian contract manufacturers but should get aligned to global supply chains to derive economies of scale.  Quality and price competitiveness are must.  For that the government should give incentives. Though the government wants to achieve that through the PLI scheme, some of the MSMEs complain that they cannot take advantage of the incentives because of their small operations. Also, unlike software, electronic hardware needs larger capital investment and working capital. It’s not an easy one to enter and exit.