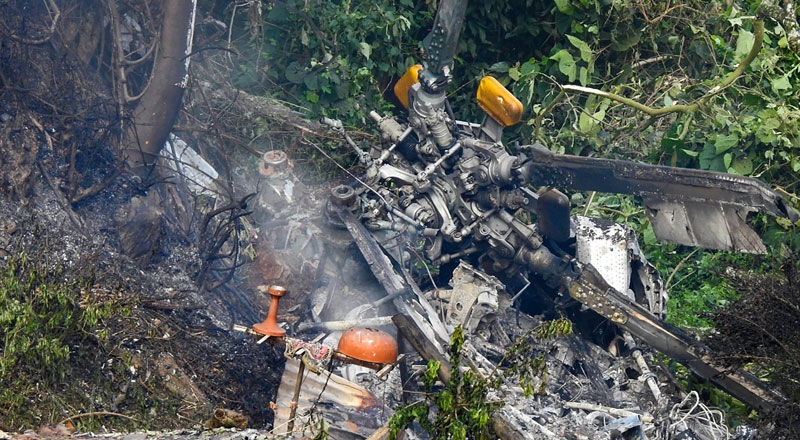 Chief of Defence Staff Gen Rawat, his wife and 12 others were killed in the chopper crash in Tamil Nadu’s Coonoor on December 8 last year.

The Tri-Services Court of Inquiry into the IAF chopper crash that led to the demise of Chief of Defence Staff (CDS) General Bipin Rawat has concluded that the helicopter got entangled in clouds and hit the terrain.

India’s first CDS Gen Bipin Rawat, his wife and 12 others were killed in the chopper crash in Tamil Nadu’s Coonoor on December 8 last year.

“The accident was a result of the entry into clouds due to an unexpected change in weather conditions in the valley. This led to spatial disorientation of the pilot, resulting in Controlled Flight into Terrain,” a statement from the Indian Air Force (IAF) said.

Controlled flight into terrain is a reference to a situation when an aircraft unintentionally hits terrain, like a mountain, waterbody, or any other obstacle. This is the first time the IAF has officially put out the findings of the inquiry.

Based on its findings, the Court of Inquiry has made certain recommendations that are being reviewed.

The Tri-Services Court of Inquiry headed by Air Marshal Manvendra Singh into the Mi-17V5 accident of December 8, 2021, submitted its preliminary findings to Defence Minister Rajnath Singh earlier this month.