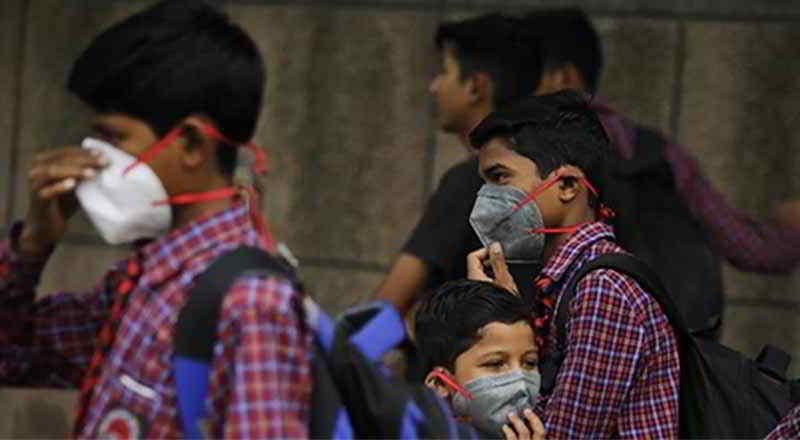 The overall air quality index on November 1 afternoon was around 530. A public health emergency was declared in Delhi on the afternoon of November 1, 2019, after air quality plunged to ‘severe plus’ levels since the night of October 31.

The levels of particulate matter (PM) 10 and 2.5 were above 500 and 300 microgramme per cubic metre (ug/m3) respectively, five times more than their prescribed standard.

Delhi has been shrouded in a thick blanket of haze since November 1 morning. Out of 37 monitoring stations in the capital from which the Central Pollution Control Board (CPCB) collates data, all except five (for which data could not be computed), showed air quality in ‘severe’ category.

This is the first time this season when the air quality has entered the emergency levels.  The Environment Pollution (Prevention) and Control Authority (EPCA) on November 1 gave directions under the Graded Response Action Plan (GRAP) to completely ban all construction activities in the national capital and adjoining regions of Faridabad, Gurgaon, Ghaziabad, Noida, and Greater Noida through the morning of November 5, 2019.

Till now, the ban was only from 6 PM to 6 AM. Along with it, hot mix plants and stone crushers will remain closed till November 5 in all National Capital Region (NCR) districts.

“Air quality in Delhi and NCR has deteriorated further as of last night and is now at the severe + level. We have to take this as a public health emergency as air pollution is now hazardous and will have adverse health impacts on all, but particularly our children,” EPCA Chairman Bhure Lal said in a letter to chief secretaries of Delhi and neighbouring states.

EPCA has also banned any cracker burning for the entire winter period. Calling it a grave situation, it has also asked to increase vigilance and enforcement in hotspots of Okhla phase two, Dwarka, Ashok Vihar, Bawana, Narela, Mundka, Punjabi Bagh, Wazirpur, among others in Delhi.

Hot spots in the neighbouring states including Faridabad, Bahadurgarh, Gurugram in Haryana, Sahibabad in Uttar Pradesh, and Bhiwadi in Rajasthan.

No decision has been taken on banning the entry of trucks yet. An action on it may be taken if air quality persists in the ‘severe plus’ category for more than 48 hours, according to GRAP, which has been in force in the city since October 15.

From Monday, Delhi government’s car rationing ‘odd even’ scheme will also start and will continue till November 15.

According to the forecast by India Meteorological Department, a western disturbance is set to enter Delhi between November 2-3 and could bring good winds that may help in dispersion of pollutants.