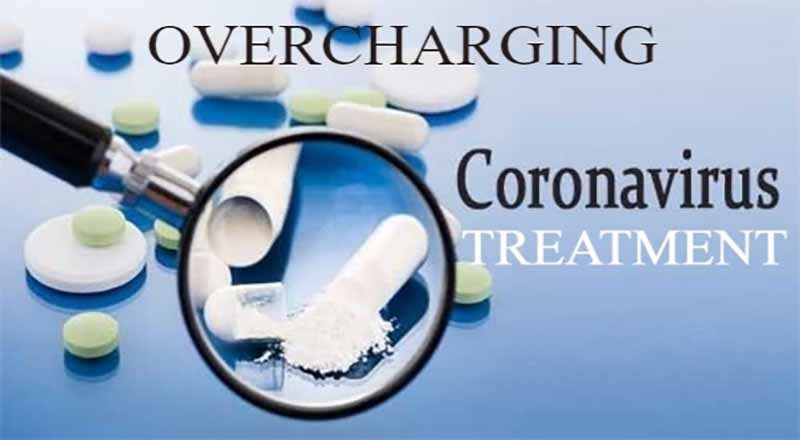 While speaking to the press, Dr Sultana (the victim) said, “I was treating myself at home as my symptoms were not very severe. On July 1, I had moderate shortness of breath for which I got admitted in Thumbay Hospital in Chaderghat. I stayed only for a day and on July 2, I was asked to pay a deposit of ₹40,000. I was later charged 1.15 lakhs and when I questioned the bill and wanted to discharge myself, they detained me.”

She added that she was discharged in the early hours on Sunday after paying a bill of ₹1.3 lakh. However, Sateesh, Inspector of Police, Chaderghat, said that the lady was not detained.

“We have checked all the CCTV footage present at every stage in the hospital. No case was registered,” he added.

Dr. Sultana, who is a Duty Medical Officer (DMO) at government-run Fever Hospital in Hyderabad and a COVID-19 patient was charged with the heavy bill for a day’s hospital stay and allegedly detained by the authorities of Thumbay New Life Hospital, a private hospital in Hyderabad.

“I am in trouble, please help. I cannot pay them Rs 1 lakh every day. I want to be discharged right now. I am a Covid-19 warrior,” she added.

She also alleged that she is diabetic and was given insulin but not served the food by the hospital.

Despite Dr.Sultana’s raising question about the highly excessive charges, the hospital only let her go after receiving payment of around Rs 1.19 lakh.

The doctor has also written a complaint addressed to the Chaderghat Inspector reporting about the incidents during her stay at the hospital. However, the Chaderghat police denied receiving any such complaint.