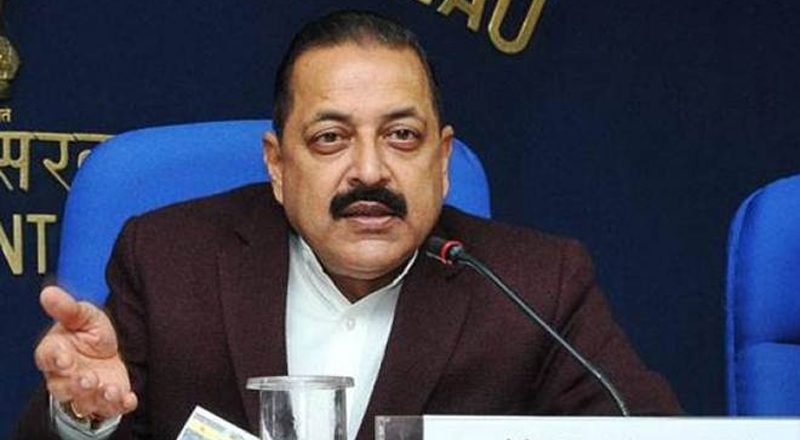 The Union Minister of State (Independent Charge) for Development of North Eastern Region (DoNER), MoS PMO, Personnel, Public Grievances, Pensions, Atomic Energy and Space, Dr Jitendra Singh had a detailed discussion with Members of Parliament from Northeast on the various facets of GST which, like other States of the country, is expected to roll out in the eight States of North Eastern region also from the 1st of July.

At a meeting of the Parliamentary Consultative Committee for Ministry of DoNER, attended among others by prominent political leaders and Members of Parliament from Northeast, including Shri P.D. Rai from Sikkim, Shri Naba Kumar Sarania, Shri Rameshwar Teli from Assam and, Shri Vincent H. Pala and Shri Wansuk Syiem from Meghalaya, the subject of GST dominated the deliberations. The members expressed their views about the tax provisions relating to North Eastern handicrafts and handloom products. They also made some observations about the tax on broom-sticks and bamboo products.

Dr Jitendra Singh said that GST is bound to prove a game-changer for the Indian economy and in the times to come. “It will play an essential role to place the Indian nation as a frontline global player. The North-Eastern region, like the rest of the country, will not only benefit from the ease of business resulting from “One Nation, One Tax” dictum but would also, in the long run, reinforce the State exchequer and the tax pool by eliminating the possibilities of tax evasion.”

Dr Jitendra Singh observed that like in any other situation, there are likely to be certain adjustment issues during the transition phase, but this should not deter the determination because in the final reckoning, it is the GST which will carry India, including the Northeast, forward on the road to growth and economic empowerment. He also pointed out that some of the issues relating to Internet connectivity in the remote parts of the North-Eastern region have been brought to notice and are being adequately addressed so that the entire mechanism falls in line for successful implementation of GST in all the eight States of the region.

The Minister called upon fellow Parliamentarians to take it up as a campaign and educate the common masses and allay their apprehensions, if any. There are sufficient safeguards for the small-time trader and in the long run the common man is going to benefit the most.

The other subjects discussed in the deliberations included tourism and fisheries. All the members had noted with satisfaction that this year there was a huge rise in tourist in-flow into different parts of North-Eastern region and some of the favourite destinations like Gangtok and Shillong had actually fallen short of accommodation because of the huge rush. The members also called upon the Ministry of DoNER to take up the issue of fisheries with the concerned Ministry, so that instead of transporting fish from other States, the local fish available in the region could be put to staple use.

The members also demanded that the details of the various DoNER projects and schemes should be made adequately available with each of the State Governments and the District Development Commissioners so that during the “DISHA” meeting, the concerned Member of Parliament could have the opportunity to evaluate the status and progress of DoNER works and schemes in the same manner as is does with regard to other Central Government schemes.