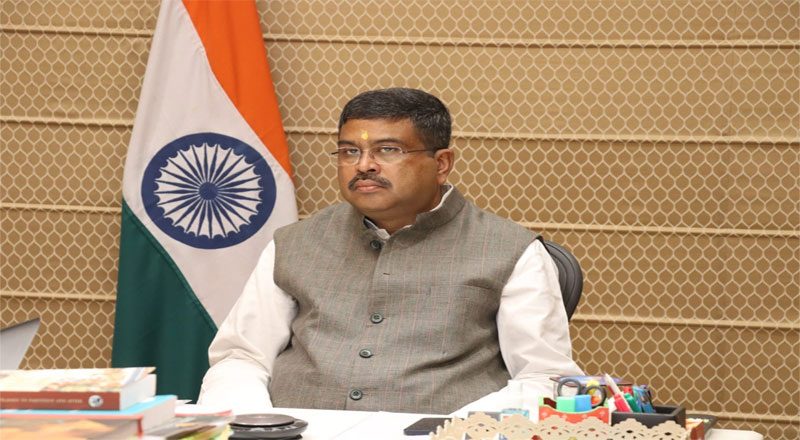 The new course on counter-terrorism introduced for the engineering students of the Jawaharlal Nehru University has run over a controversy row. However, Education Minister Dharmendra Pradhan has backed the JNU vice-chancellor (V-C) on having introduced the course.

Speaking at a meeting of central university V-Cs on Friday, Pradhan congratulated M Jagadesh Kumar and his team for introducing the course that has been criticised for singling out religion as the only form of fundamentalist-religious terrorism.

Pradhan, in his opening remarks asked that if MIT can discuss counter-terrorism measures, why an Indian university can’t do the same.

The course, titled ‘Counter Terrorism, Asymmetric Conflicts and Strategies for Cooperation among Major Powers,’ asserts that “Jihadi terrorism” is the only form of “fundamentalist-religious terrorism.” It also states that the erstwhile Soviet Union and China were the “predominant state-sponsors of terrorism” that influenced “radical Islamic states”.

The course is designed to be offered to students pursuing an MS with specialisation in International Relations after a BTech in Engineering. The course was first passed in the academic council, allegedly without discussion, on August 17, as the online classes for the monsoon semester start on September 20.

The university, subsequently, came in for a lot of criticism with one Parliament MP, CPI’s Binoy Viswam, even writing to Pradhan against the new course alleging it was “communalise and politicise geopolitical issues.”

Alluding to Viswam’s missive, Pradhan said, “Recently a colleague from Parliament wrote to me about asking why JNU has introduced a course on terrorism. Friends, some time ago, when I was in the US, I was getting briefed by senior American officers on terrorism. During that briefing, I learned that technology and cyber warheads have been adopted by terrorists to further their objectives.”

The minister then went on to say that “Our engineers today are not just engineers. They are involved in building social products. So if a course helps engineering students understand the kind of hindrances they could face in the development of social products, then I congratulate JNU for introducing such a course.”