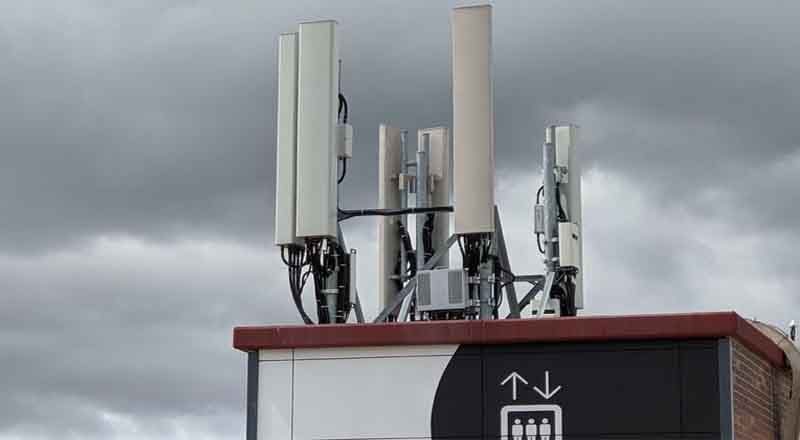 If science says it isn’t a thing, and the government backing that up also says it is a conspiracy, then there is a trust deficit that cannot be overcome,as per ZdNet

It shouldn’t be surprising that some people eventually read so many conspiracy theories on social media that they decide to attack, possibly over 20 times, what they see as a great intrusion and potential killing machine — the machine in question goes by the name of 5G.

The crackpot theory that mobile networks are death machines isn’t something new. Over 20 years ago, the World Health Organisation established the International EMF Project to look into the health effects of electromagnetic fields (EMF), and since that time, the science has established that electromagnetic energy is no worse than other household items.

And yet, where some see consensus, others see a cover-up of the highest order. An inquiry into 5G in Australia recently heard from a number of anti-5G groups, who — amongst stretching analogies about 5G being a ship and stating everyone was going to get scurvy — said exposure was cumulative and people were being threatened by small cells and nano-satellites.

Responding to the committee last week about the lack of time given to people with these views, as well as pointing out that all anti-5G groups had been bundled together into a single allocation of time, they all shared a revealing worldview — they back the Moscow-funded Russia Today over western media such as The New York Times.

“Is it state actors providing so-called disinformation to broadcasters such as RT, or does the NYT have a vested interest in 5G with Verizon that they need to protect, by any means possible,” one group said.

Another group claimed it had produced a diagram of how the industry is self-serving.

“Please see the diagram at the end of this document showing how the telecommunications industry, researchers and the government advisory bodies comprise the same people and create a circular chain of advising one another of no harm. There is no independent voice or authority amongst them which is not directly or indirectly influenced by industry,” it said.

And honestly, the only way to possibly explain it is to see it.

If you can seriously create a diagram with so many dependencies, and assert each one is part of an overarching conspiracy to effectively poison the global population, then at the bare minimum, you seriously underestimate the inability of multiple organisations to keep secrets.

Comb social networks like Twitter and occasionally this view may appear in the form of some extremely dumb celebrity posting about 5G — step on down John Cusack and Woody Harrelson — but the real home of this stuff is Facebook, where your Aunt Karen gives a thumbs up to a wellness meme, and then receives a bunch of bad information.

A cursory glance into one of these anti-5G Facebook groups reveals a mixture of content screaming about 5G, vaccinations, and fluoride. The groups are made up of people claiming 4G has been great, others that say we need to go back to 2G, there are warnings about spring mattresses concentrating magnetic fields, and those that ask if there are any phone covers that reduce radiation, since seemingly, while this stuff is apparently deadly, you need to be able to message other group members to complain about a new tower you didn’t notice before.

“What if you constantly do a heavy metal detox and had no vaccinations since 2016 and use blushield. Are you protected?” asked one poster that summed up the attitude of the group. Blushield flogs what are claimed to be “anti-EMF products” that do it by radiating so-called scalar waves — all the physicists and engineers can continue laughing.

Ask an expert, such as Profesor Rodney Croft from the University of Wollongong, about the fallback to previous generations, and the science is at odds with the propaganda.

“There are subtle differences between the technologies, but this does not relate to the strength of the fields. The differences occur primarily in that the higher frequencies used in some 5G systems (eg. 26 GHz) penetrate less deeply into the body, restricting the temperature rise primarily to the skin, whereas 3G and 4G systems use lower frequencies (<4 GHz) and so can penetrate a little deeper into the body,” he said.

But nevertheless, these groups and the information they spread have caused real-life consequences. A number of UK mobile towers were attacked by some of these conspiracy theorists in the past week. Putting the costs to repair these towers aside — they cost six figures each — there are flow-on effects to this damage, such as preventing people relying on that connection from being able to run a business or call emergency services.

Comments from UK ministers trying to bust the disinformation bubble and condemning the attack are not going to make an impact on this mob since they are, after all, fundamentally mistrustful of government, experts, and members of the media.

And then, of course, there is the crowning moment of 5G disinformation, linking 5G to COVID-19.

“I am XXXX, and I am writing to you today about the importance of having a healthy immune system during this time where people are so concerned about SARS-Cov-2; and how the Government’s endorsement of the 5G network deployment (and current fast-tracking of), will cause harm to the general population at a time where we are being told to remain healthy and look after our immune systems,” states the opening paragraph of a form letter promoted on Facebook that is being sent to Australian politicians.

“The ridiculous conspiracy theories relating to 5G technologies and the suggestion that there is any link to COVID-19 are unfortunately not limited by geography,” Althaus said.

“The link between COVID-19 and 5G is impossible from a biological point of view, and there’s been endless research — good, ethical, science-based research — that has proven over decades that there’s no adverse health outcome from any generation of mobile, let alone 5G.

“It is absolutely deplorable to have this kind of scaremongering going around on social media at a time when communities in Australia and around the world are working together to counter the COVID-19 pandemic.”

As touched on by Australian Labor member Tim Watts last week, in a crisis such as the coronavirus pandemic, having public trust is crucial.

“If trust is undermined, then it makes it much harder to run effective health campaigns, or implement large, necessary reforms,” he said.

More than anything, the ability to create ideas like coronavirus and 5G being related shows a trust deficit between the dark corners of Facebook and the general discourse.

Wrapped in a protective bubble of disinformation and denialism, the power of social networking that allows users to find a critical mass of like-minded misinformed individuals has started to create physical impacts.

Those on the side of science need a new way to reach those in denial, and if Canberra thinks spending AU$9 million over four years is a way to do that, it is sorely mistaken.

If you want an example of how this could play out, examine the situation of dealing with climate change in nations like the US and Australia, where an impervious denying minority can stall, wreck, or roll back any progress made by those who agree with the science.

The anti-5G mobs are still very far from that stage, but then again, we are talking about people who believe the WHO wants them dead or riddled with cancer. They are therefore likely to distrust any coronavirus response emanating from it, and if you think that is fantasy, refer to the string diagram again.