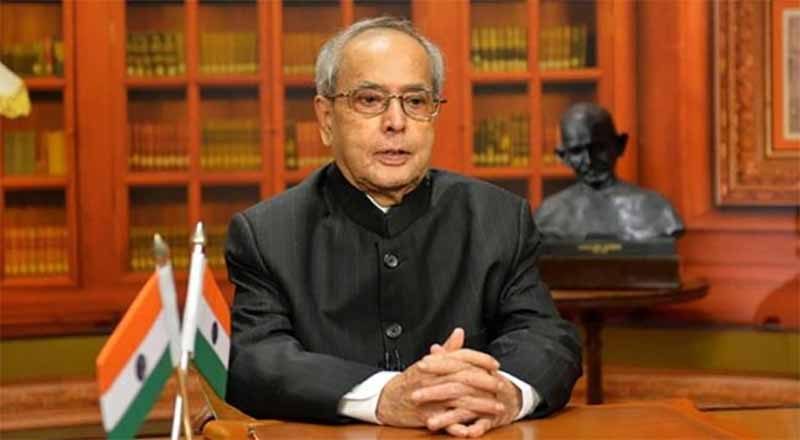 Former Indian President and Indian Political heavyweight Pranab Mukherjee passed away. The most admired and loved leader of the country, Mukherjee was 84.Mukherjee was the 13th President of India.

Mukherjee had suffered a fall at his Rajaji Marg house and had been operated to remove a blood clot in his brain on August 10. Doctors on Monday morning warned that there was a decline in his condition and he was in septic shock due to infection in his lung.

Later in the afternoon, his son Abhijit Mukherjee made the announcement.

“With a Heavy Heart, this is to inform you that my father Shri #PranabMukherjee has just passed away in spite of the best efforts of Doctors of RR Hospital & prayers ,duas & prarthanas from people throughout India !,” his son tweeted about the veteran politician who would often speak of his humble beginnings and his amazing journey from the flickers of a lamp in a small Bengal village to the chandeliers of Delhi.

A quintessential Congressman for five decades, the seven-time parliamentarian had worked as a teacher and journalist before taking his first steps in politics. His first step in Delhi was the Rajya Sabha in 1969, the House that re-elected him four more times before he won his first Lok Sabha election from Bengal’s Jangipur in 2004. He was re-elected in 2009.

The veteran was found to be coronavirus positive when he went to Army Hospital for treatment. At the hospital, he underwent surgery for a blood clot in the brain.

This morning, the army hospital in Delhi had reported a decline in his condition. He had gone into septic shock due to his lung infection, the Army’s Research and Referral Hospital had said.

The former President’s daughter and Congress leader Sharmistha Mukherjee, in a tweet, had remembered this time last year when he had received the Bharat Ratna, the highest civilian honour.

“Last year August 8 was one of the happiest days for me as my dad received Bharat Ratna. Exactly a year later on August 10 he fell critically ill. May God do whatever is best for him and give me strength to accept both joys and sorrows of life with equanimity. I sincerely thank all for their concerns,” she had posted.

After his son made the announcement, the bigshots of political ground poured in their condolences.

“As India’s President, Shri Pranab Mukherjee made Rashtrapati Bhavan even more accessible to common citizens. He made the President’s house a centre of learning, innovation, culture, science and literature. His wise counsel on key policy matters will never be forgotten by me.” penned PM Modi.

“Pranab Da’s life will always be cherished for his impeccable service and indelible contribution to our motherland. His demise has left a huge void in Indian polity. My sincerest condolences are with his family and followers on this irreparable loss. Om Shanti Shanti Shanti!” wrote Home minister Amit Shah.

“Sad to hear that former President Shri Pranab Mukherjee is no more. His demise is the passing of an era. A colossus in public life, he served Mother India with the spirit of a sage. The nation mourns losing one of its worthiest sons. Condolences to his family, friends & all citizens” penned President Ram Nath Kovind with a heavy heart.

The condolences are still pouring in. India truly has lost a gem of a person, and a star leader!