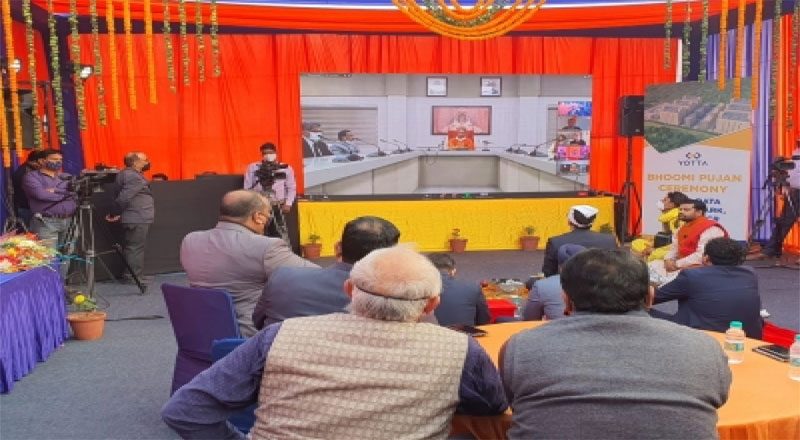 UP Chief Minister Yogi Adityanath laid the foundation stone in Greater Noida, for a Rs 6,000 crore data centre project that will help in boosting growth in the city, officials said.

The authority will earn Rs 110 crore revenue for the 20 acres of land. And in total, the developer will invest Rs 6,000 crore when the project is developed to its full capacity.

The project will create 500 jobs in its initial years, said officials.

The project work shall commence from January 2021 and it will be ready in the next five years, the officials said. UP industry minister Satish Mahana and other officials from Lucknow participated in the virtual event, said officials of Greater Noida Authority.

As per the CM’s office statement, Yogi said: “For last two years efforts were being made for setting up a data centre. A need was felt for formulating a policy for this, which is being prepared and will be implemented by December 31 this year. But even before the formulation of the policy, the state government received several proposals and the government is actively working on them. The state government now has a policy that for the establishment of mega projects, land will would be allocated within 15 days…. And likewise, in the case of Hiranandani group, 20 acres of land was allotted within 15 days.”

“The data centre project is a milestone for UP and it will bring huge investment in this region,” said NIDP Developers’ Private Limited promoter Niranjan Hiranandani.

NIDP Developers’ Private Limited had on October 15 applied for this project and plans to build this six-storey building on 20 acres of land.

“We allotted the 20 acres of land for this project in only 10 days. And today chief minister Yogi Adityanath laid the foundation stone. The building will house data centres for Google, Microsoft, Facebook and other such companies. This project will fuel growth in this city,” said Narendra Bhooshan, chief executive officer of Greater Noida Authority.