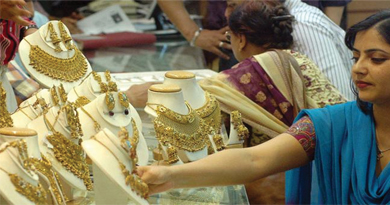 All India Gems and Jewellery Trade Federation (GJF), a national nodal trade body for the promotion and growth of trade in gems and jewellery across India, is planning for it’s series of GST seminars in Mumbai on 29th June, 2017 at Birla Matoshri Sabhagraha, Marine Lines, Mumbai.

After receiving a large number of queries from industry stake holders, it will initiate panel discussions by a team of Legal and GST experts and also officially launch the software “Adhigam” developed with support of Financial and IT experts to assist jewellers to migrate to GST (Goods & Transport Services) tax regime

This will be a Webinar based Seminar where the IT and Legal experts from GJF will initiate an instructional and demonstration session and participants can view documents and applications in order to have a smooth transition to new tax regime.

As an apex body, GJF has already conducted such webinars and wishes to go across PAN India in next few months to empower jewellers and people engaged with the trade with the effective knowledge and true operations of GST and its implication in the business.

Appreciating the support provided by the Government keeping the GST rate 3 per cent, Nitin Khandelwal, Chairman, GJF said, “We at GJF as a national trade body embarked upon a nationwide programme for jewellers to impart knowledge and application of GST in their business. We urge our jeweller community to exercise utmost preparedness and start migrating to the GST regime, with the help of Adhigam Software and start complying with the new tax regime.”

Till date, GJF has done seminars in various cities such as Delhi, Mumbai, Raipur, Hyderabad, Akola and more cities are in the pipeline. The 29th June, 2017 seminar will be the biggest seminar so far, wherein it is expecting more than 1000 participation.