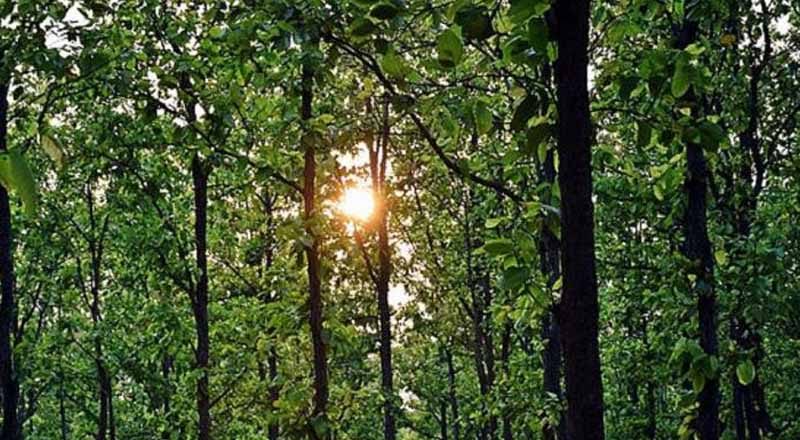 Vedanta-owned Electrosteel Steels Ltd (ESL) has received forest clearance for a proposed steel-manufacturing plant in Jharkhand despite encroachment allegations in what seemed a policy seesaw. MoEF&CC regularised 174 hectares encroached forest land in Bokaro in December 2019, after spate of opposition from state forest dept,as per downtoearth .

“It is clear that Electrosteel Ltd and its officers were having ulterior motive of encroaching upon the public lands viz Gair Mazarua land, Notified Protected Forest lands and lands which are entered as jungle-jhari in govt records. With the intention of regularising their illegal acts the company and its officers are trying to place misleading facts even before the Hon’ble Court”

ESL constructed its plant on encroached land between 2008 and 2010, after receiving an environment clearance in 2008 from the MoEF&CC (then MoEF).

The state forest department filed 53 cases against the company (from March 2009 through March 2017).

Vedanta Ltd took control of the company in 2018.

Several of the cases are pending at the high court (HC) and district court. One of them disputes the ownership of the land.

Bharat Jyoti, deputy director-general of MoEF&CC’s Ranchi regional office, said the regularisation was a resolution, involving a reconciliatory view, not a compromise.

A state forest official, however, differed on the “unusual” chain of events. “Even as the cases are pending, the government has decided to regularise the encroachment. Had this been about any other encroachment, things would have been very different,” the official, who did not wish to be named, told Down to Earth.

But no action was taken, according to a July 15, 2019 site inspection report by the Ranchi MoEF&CC office.

Earlier, in 2017, found the plant was set up on forest land after inspecting the area after an order from Jharkhand Lokayukta, which took cognisance of the matter in 2014.

ESL lied about the project site in its documents, according to the July 2019 inspection report: The company sought EC in 2006-07 for a site in Parbatpur. The actual site, however, was in Bhagaband, five kilometres away.

While submitted documents claimed the site had no forest land, the actual site did — 170 ha. The project proponent never applied or received any forest clearance (FC) for this, according to the Jharkhand forest department.

ESL claimed it bought the land from private individuals; the forest department maintained it was notified forest land.

The 53 cases include one filed by the forest department on November 20, 2010 under the Jharkhand Public Land Encroachment Act, 1956. But the district court dismissed it on August 29, 2018, saying an ownership case was already pending.

Even with the land dispute case pending, 164 ha forest land was levelled and the plant constructed, according to a report by the deputy conservator of forest.

All 53 cases were sent to the Chief Judicial Magistrate (CJM), Bokaro and brought under the encroachment act. The company also filed criminal miscellaneous petitions before the HC, seeking quashing of the cognisance taken by the CJM.

In 2018, the MoEF&CC revoked the EC to the project for encroaching on forest land and Jharkhand Pollution Control Board rejected its ‘Consent to Operate’. ESL got a stay on both from the HC.

In its application seeking regularisation of encroachment — sent to Jharkhand’s principal chief conservator of forest (PCCF) on December 9, 2018 — ESL said the move was “made specifically under the aegis of order of Jharkhand High Court”.

“The dispute over the land ended the moment the occupants said they wanted to regularise the encroachment and applied for the same,” he said.

Till 2017, the state government was opposed to the idea of regularisation, as is also evident from the May 22, 2017 inspection report by the Bokaro DFO.

However, in its final report of 2019, the DFO proposed that regularisation was the right thing to do. It pointed that the forest was already destroyed and that around 10,000 people could gain employment from the plant.

It added that exemplary penalty be imposed on the company so that such incidents did not happen in future.

“The state government wanted to regularise the encroachment; it was discussed in meetings with the chief secretary,” a state forest official said.

The FC can set a dangerous precedent: The government can tolerate corporate violations for money.

On the other hand, it is not ready to accept and recognise the rights of forest dwellers: Only 62,051 among 110,756 claims under the Scheduled Tribes and Other Traditional Forest Dwellers (Recognition of Forest Rights) Act, 2006, were approved until September 2019, according to the Union tribal affairs ministry.