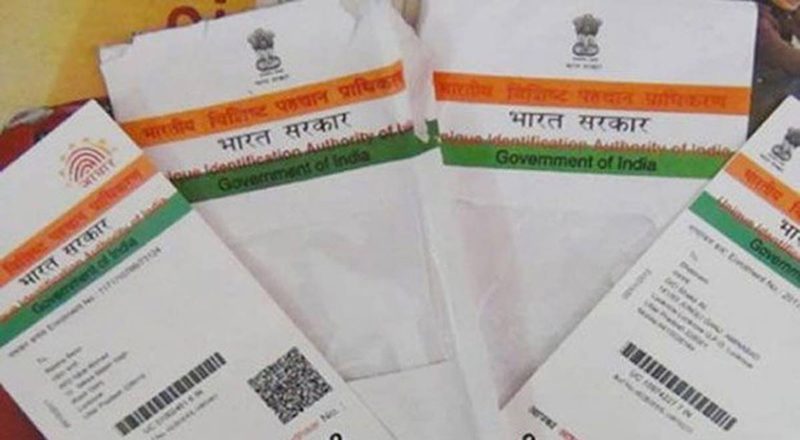 In a move meant to curb benami transactions and the use of black money in real estate deals, the government is planning to make Aadhaar-based authentication mandatory at the time of registration of documents such as agreement for sale, power of attorney and among others. The government has also firmed up plans to enable electronic registration of properties, for which Aadhaar-based authentication will be a prerequisite.

The government plans to amend Sections 32 and 32A of the Registration Act, 1908, for this.

While this is expected to ensure foolproof property titles for the buyers, it will also minimise the scope of fraudulent and benami transactions.

The department of land resources, under the Ministry of Rural Development, has already written to state governments and Union Territories, advising them to notify rules mandating “consent-based Aadhaar authentication” at the time of registration of documents.

The Centre is also planning to amend the Registration Act, 1908, to provide legal backing to Aadhaar-enabled authentication of documents. The Ministry of Rural Development did not respond to emails sent on Tuesday. The Aadhaar law allows the Central Identities Data Repository, under the UIDAI, to offer authentication services. “The Authority shall perform authentication of the Aadhaar number of an Aadhaar number holder submitted by any requesting entity, in relation to his biometric information or demographic information, subject to such conditions and on payment of such fees and in such manner as may be specified by regulations,” states Section 8 of The Aadhaar (Targeted Delivery of Financial and Other Subsidies, Benefits and Services) Act, 2016.

The latest move comes after a series of measures adopted by the government to curb the use of black money and benami transactions in the real estate industry. Besides demonetisation, which resulted in a sharp decline in real estate transactions, the government also enacted the Benami Transactions (Prohibition) Amended Act, 2016 last year, which empowers authorities to provisionally attach and eventually confiscate benami properties.

It further said that a person found guilty of benami transactions would face rigorous imprisonment for at least one year, which can be extended up to seven years. The person shall be liable to pay a fine, which may extend to 25 per cent of the fair market value of the property.

In a letter sent to chief secretaries and administrators of all states/ UTs on March 9 this year, the Centre said: “To enable consent-based Aadhaar authentication services for registration of documents, the state government/UT Administration/Inspector General of Registration of the State/UT will need to exercise powers contained in Section 69 of the Registration Act, 1908.”

According to Section 69 of the Act, “the Inspector-General shall exercise a general superintendence over all the registration-offices in the territories under the state government, and shall have power from time to time to make rules consistent with this Act… generally, regulating the proceedings of the Registrars and Sub-Registrars.”

The existing law, however, does not mention Aadhaar of Aadhaar-enabled authentication.