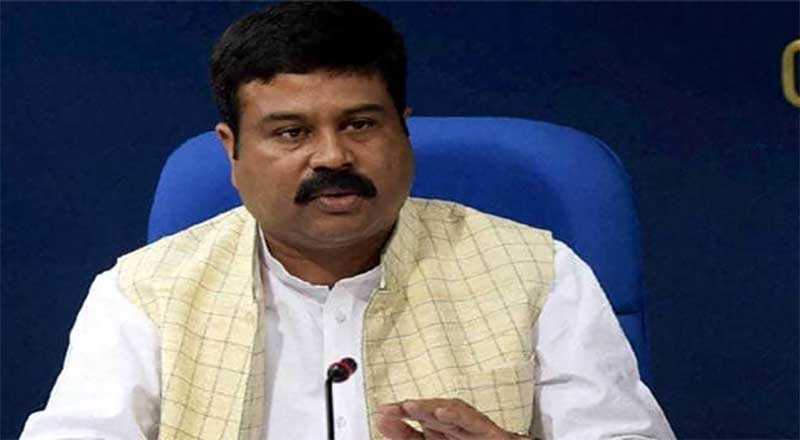 Union Petroleum Minister Dharmendra Pradhan on Sunday said, “Today, I accept the rising prices of petrol and diesel is creating a problem for the consumers.

Petrol and diesel prices have been raised on 23 occasions since May 4, when state-owned oil firms ended an 18-day hiatus in rate revision they observed during assembly elections in four states and union territory of Puducherry.

” He added, “But be it central or state governments, over ₹35,000 crore is being spent on COVID-19 vaccines in a year.” He added, “In such dire times, we’re saving money to spend on welfare schemes.”

Pradhan said that Prime Minister Narendra Modi approved Rs 1 lakh crore under the Pradhan Mantri Garib Kalyan Yojana scheme to give free food grains to the poor for eight months and that under the PM-Kisan scheme, thousands of crores have been directly deposited in the bank accounts of farmers. The MSP of crops was also hiked recently, he said.

The experts questions, is this way to earn money from the public and it is showing the incapable of the minister to manage the cost of the fuel prices.

Petrol and diesel are retailing at all-time high in many cities of the country after being hiked by ₹5.72 to ₹6.25 per litre in less than six weeks. This is due to a combination of rising international oil prices and record high central and state taxes.

Fuel prices differ from state to state depending on the incidence of local taxes such as VAT and freight charges. And because of this, petrol retails at over ₹100 per litre mark in seven states and union territories – Rajasthan, Madhya Pradesh, Maharashtra, Andhra Pradesh, Telangana, Karnataka and Ladakh.