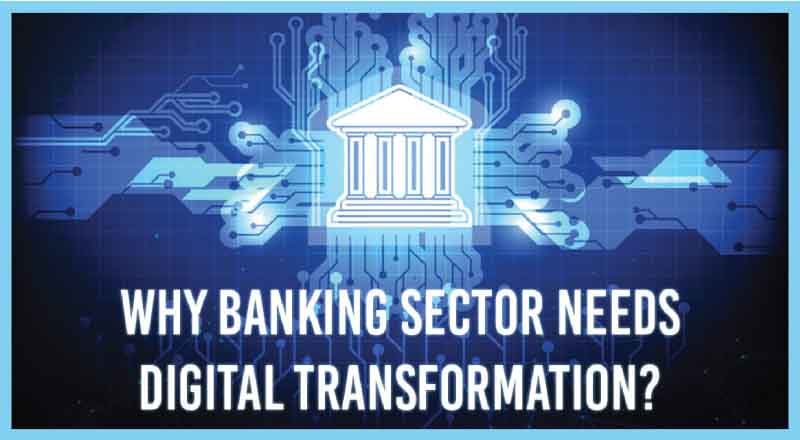 Battered by bad loan menace and fraud, the country’s banking industry eyes better days with mega merger of public sector lenders as well as massive capital infusion into them and the government’s assurance that bankers will not be harassed for genuine decisions that went haywire will provide succour. “Every fundamentals indicate towards higher growth and better future next year,” Finance Secretary Rajiv Kumar told PTI, reflecting strong optimism going into 2020. Amid slowdown blues, the government has unveiled a raft of measures over the past few months aimed at improving liquidity in the system, moderating interest rates as well as credit growth apart from addressing stress in the NBFC sector.

Indian banks are increasingly focusing on adopting integrated approach to risk management. The NPAs (Non-Performing Assets) of commercial banks has recorded a recovery of Rs 400,000 crore (US$ 57.23 billion) in FY2019, which is highest in last four years. Banks have already embraced the international banking supervision accord of Basel II, and majority of the banks already meet capital requirements of Basel III, which has a deadline of March 31, 2019.As per Union Budget 2019-20, investment-driven growth requires access to low cost capital which an requires investments of Rs 20 lakh crore (US$ 286.16 billion) every year. Primarily on the back of various reform measures, the gross NPAs of public sector banks declined from Rs 8.96 lakh crore in March 2018 to Rs 7.27 lakh crore in September 2019.

Their Provision Coverage Ratio (PCR) rose to their highest level in seven years at 76.6 per cent at the end of September. In the biggest consolidation exercise in banking space, the government, in August, announced major mergers of public sector banks, that will bring down their total number to 12 from 18 at present. The move is aimed at making state-owned lenders into global sized banks. The process of merger has been initiated with approval of respective boards. United Bank of India and Oriental Bank of Commerce are to be merged with Punjab National Bank, making the proposed entity the second largest PSB among others. To improve the financial health of PSBs and enhance their lending capacity by additional Rs 5 lakh crore, the government decided to infuse over Rs 55,000 crore upfront. As a result of capital infusion and improved parameters, RBI removed five banks — Bank of India, Bank of Maharashtra, Oriental Bank of Commerce, Allahabad Bank and Corporation Bank — from the Prompt Corrective Action framework in two phases during the year.

In Box:In August last year, the default of IL&FS that owes nearly Rs 1 lakh crore to creditors, mutual funds, and pensioners, sent shockwaves through the financial markets leading to a credit squeeze. Punjab and Maharashtra Cooperative (PMC) Bank raise the spectre of a domestic financial crisis and not a single penny has been repaid so far. Close on its heels, trouble surfaced at mortgage lender DHFL, which owes more than Rs 85,000 crore to other financial firms and depositors.

Currently, Indian Overseas Bank (IOB), Central Bank of India, UCO Bank and United Bank of India are under this framework which puts several restrictions on them, including on lending, management compensation and directors’ fees. All these banks are expected to be out of the framework next year. With nudge from the government, banks also decided to link interest rates with repo rate. Public sector banks have sanctioned over 11.68 lakh repo-linked loans to retail borrowers for home, vehicle, education, personal loans and to micro and small enterprises, amounting to Rs 1.32 lakh crore post Finance Minister’s announcements in August on measures to boost the economy. Continuing efforts to deal with liquidity woes in the NBFC sector, a Partial Credit Guarantee scheme for purchase of pooled assets of NBFCs/HFCs up to Rs 1 lakh crore was unveiled.

There is also additional liquidity support by National Housing Bank raised to Rs 30,000 crore for Housing Finance Companies (HFCs). In order to support decision making and to prevent harassment for genuine commercial decisions by bankers, the Central Vigilance Commission (CVC) has issued directions that Internal Advisory Committee (IAC) in banks need to classify cases as vigilance and non-vigilance ones. On Saturday, Finance Minister Nirmala Sitharaman assured that honest commercial decisions taken by bankers would be protected and that the government has decided to take measures to assuage concerns over harassment by investigative agencies. In recent times, many bankers have come under the scanner of probe agencies and regulatory authorities. According to Rajiv Kumar, Non-Performing Assets (NPAs) are on decline, PCR is at record high, more than dozen banks have posted profit, recovery on the rise and retail loan growth is in double digit. “Banks have improved their recovery efforts and Scheduled Commercial Banks have recovered an amount of Rs 4,01,393 crore over the last four financial years, including record recovery of Rs 1,56,702 crore during 2018-19,” Finance Minister Nirmala Sitharaman had said.

As bad loan recognition process nears completion, gross NPAs of banks improved to 9.3 per cent as of end-September 2019, compared to 11.2 per cent in FY18. However, as per the latest Financial Stability Report (FSR), the gross NPA ratio of banks may increase to 9.9 per cent by September 2020 from 9.3 per cent in September 2019. Although Rs 14,000 crore Nirav Modi-fraud case was dealt last year by Punjab National Bank with the government financial support, this year it was the turn of Punjab & Maharashtra Cooperative (PMC) Bank scam leaving thousands of depositors in the lurch. The once big cooperative bank has been put under restrictions by the RBI since September, after an alleged Rs 4,355 crore scam came to light. At least eight depositors, who had high quantum of money stuck with the bank, died in the last couple of months, including one who committed suicide.

The Indian financial sector is facing rising risk of contagion and failure of any large finance company will adversely impact economic growth, S&P Global Ratings said in a report on Wednesday. According to the report, a bank failure could disrupt interbank market, payments, hurt credit availability and adversely affect economic growth. “India’s finance companies are among the country’s largest borrowers. A substantial part of this funding comes from banks. The failure of any large non-banking financial company or housing finance company may deliver a solvency shock to lenders,” said S&P Global Ratings credit analyst Geeta Chugh.

Moreover, the failure of a large finance company may have other consequences, such as draining the credit available to the sector. “This contagion runs the risk of spreading to real estate companies too. Finance companies are the largest lenders to this segment and any failure among such institutions could jeopardize credit flows to developers,” the report said. Given the seriousness of such risks, S&P expects the government to support systemically important institutions that get into trouble. The support is more likely to be available to banks rather than any finance company, it said.

According to S&P, India’s funding conditions remain fragile after the default of IL&FS, with a tight refinancing market and choppy equity markets, collectively making it difficult for institutions to raise capital. “A bank failure in the current market could exacerbate risks. It may be cheaper for the government to support a bank than letting a shaky credit system undermine the economy,” it noted. In its base case, S&P expects that the resolution of weak finance companies will be “swift and orderly”, and contagion will be managed. The global financial services major however does not expect the contagion to impact public sector banks. “While many public sector banks are weak, people draw comfort from their state ownership and the repeated demonstrations of government support for the institutions for example through regular capital infusions,” it said.

The report cited past cases of weak bank failures such as Global Trust Bank, Nedungadi Bank, United Western Bank, Bank of Rajasthan and Sangli Bank where there was “swift action that nipped contagion in the bud”. “In the currently fragile financial markets, government support and swift action are essential to maintaining system stability,” the report ‘Indian Financial Sector Braces For Fat Contagion Tail Risk’ noted.

India has a diversified financial sector undergoing rapid expansion, both in terms of strong growth of existing financial services firms and new entities entering the market. The sector comprises commercial banks, insurance companies, non-banking financial companies, co-operatives, pension funds, mutual funds and other smaller financial entities. The banking regulator has allowed new entities such as payments banks to be created recently thereby adding to the types of entities operating in the sector. However, the financial sector in India is predominantly a banking sector with commercial banks accounting for more than 64 per cent of the total assets held by the financial system.